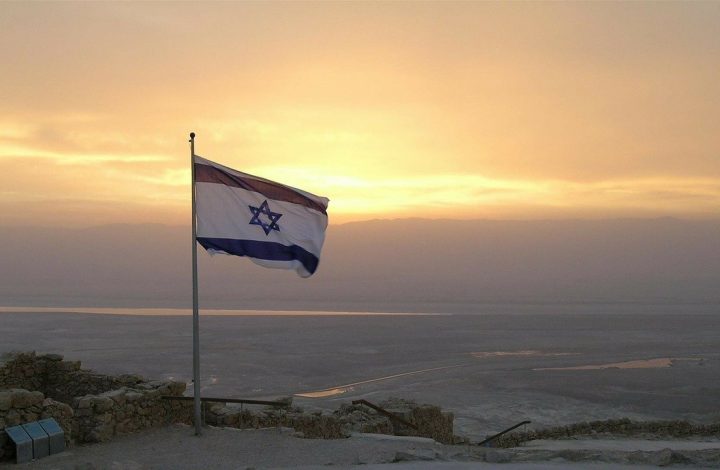 The celebration of Israeli independence will begin in 2020 at sundown on April 28.

Israel’s Independence Day is celebrated on the fifth day of the month of Iyar, which is the Hebrew date of the formal establishment of the State of Israel, when members of the “provisional government” read and signed a Declaration of Independence in Tel Aviv. The original date corresponded to May 14, 1948.

Most of the Jewish communities in the Western world have incorporated this modern holiday into their calendars, but some North American Jewish communities hold the public celebrations on a following Sunday in order to attract more participation. In the State of Israel it is a formal holiday, so almost everyone has the day off.

READ: How to Celebrate Israeli Independence Online During Coronavirus

Yom Ha’atzmaut in Israel is always preceded by Yom Hazikaron, Israel’s Memorial Day for the fallen soldiers. The message of linking these two days is clear: Israelis owe their independence — the very existence of the state — to the soldiers who sacrificed their lives for it.

The official “switch” from Yom Hazikaron to Yom Ha’atzmaut takes place a few minutes after sundown, with a ceremony on Mount Herzl in Jerusalem in which the flag is raised from half staff (due to Memorial Day) to the top of the pole. The president of Israel delivers a speech of congratulations, and soldiers representing the Army, Navy, and Air Force parade with their flags. In recent decades this small-scale parade has replaced the large-scale daytime parade, which was the main event during the 1950s and ’60s. The evening parade is followed by a torch lighting (hadlakat masuot) ceremony, which marks the country’s achievements in all spheres of life.

Other than the official ceremonies, Israelis celebrate Yom Ha’atzmaut in a variety of ways. In the cities, the nighttime festivities may be found on the main streets. Crowds will gather to watch public shows offered for free by the municipalities and the government. Many spend the night dancing Israeli folk dances or singing Israeli songs. During the daytime thousands of Israeli families go out on hikes and picnics. Army camps are open for civilians to visit and to display the recent technological achievements of the Israeli Defense Forces. Yom Ha’atzmaut is concluded with the ceremony of granting the “Israel Prize” recognizing individual Israelis for their unique contribution to the country’s culture, science, arts, and the humanities.

The religious character of Yom Ha’atzmaut is still in the process of formation, and is still subject to debate. The Chief Rabbinate of the State (which consists of Orthodox rabbis) has decided that this day should be marked with the recitation of Hallel (psalms of praise), similar to other joyous holidays, and with the reading of a special haftarah (prophetic portion). Most ultra-Orthodox Jews, in Israel and abroad, have not accepted this ruling, and some Orthodox Jews chant the Hallel psalms without the blessing which precedes it.

On the other hand, HaKibbutz HaDati (Modern Orthodox Kibbutz Movement) initiated a version of  the prayer Al HaNissim (“Concerning the Miracles”) to be added to the Amidah (the central prayer recited while standing) on Yom Ha’atzmaut, as it is o and Purim.

This special addition to the liturgy of the day was not approved by the Chief Rabbinate but was adopted by the Masorti (Conservative) and the Progressive (Reform) congregations in Israel. Some rabbis argue that Yom Ha’atzmaut should be viewed in conjunction with Hanukkah and Purim, since all three commemorate a “miraculous” victory of the Jews over an enemy of superior military might. It should be noted that most Israelis do not consider Yom Ha’atzmaut a religious holiday at all.

For American Jews, celebrating Yom Ha’atzmaut has been a way to express solidarity with the state of Israel and to strengthen their alliance with it. In many communities, it is one of few occasions in which Jewish organizations and synagogues of different ideologies and denominations cooperate in forming a common celebration. In many North American congregations, the joint public celebration often is augmented by a religious service. In some cases, this would occur on the

closest to Yom Ha’atzmaut and would consist of additional readings added to the service and, usually, the singing of Hatikvah (the Israeli national anthem).

The standard Reform prayerbook, Gates of Prayer (Shaarei Tefillah), includes a service for Yom Ha’atzmaut, while the Conservative prayerbook, Sim Shalom includes Hallel and Al Hanissim to be recited on this occasion.

There is not yet an accepted “tradition” of how to celebrate this holiday, and only time will tell whether certain customs, foods, prayers, and melodies will be linked in the Jewish mind with this holiday, as with holidays that emerged many centuries before Yom Ha’atzmaut. For Jews around the world, joining with Israelis celebrating Yom Ha’atzmaut has become a concrete link in the Jewish connection to the land of Israel.