When you think of the world you would like to live in, what do you imagine? Peace across all nations? An abundance of organic food? Clean drinking water for everyone? Universal good health and contentment? A thriving ecosystem? Autonomy? True equality? Prosperity for all? The ideals many of us believe in exist for a reason: they were once a reality…and they can be again!

Some years ago, it was common knowledge that the earth was flat. We laugh at how silly that notion seems now, yet at that time it seemed equally silly to think of the earth as round. The world as we know it is quickly approaching a similar paradigm shift: the evolution of human consciousness is not linear as we have long assumed, but is cyclical. The sun is part of a binary star system and our solar system is in orbit around another star. This binary orbit is the real cause of the precession of the equinoxes (the time/date twice each year at which the sun crosses the celestial equator, when day and night are of equal length) and the 24,000-year cycle of this orbit coordinates with the state of human consciousness in measurable units of time: the Yugas.

The Yugas, as described in Hinduism, or Ages, as they are known in the Greek tradition, relate to the mathematical application of a 24,000-year equinoctial cycle, measured by the Autumnal Equinox, which is divided into an Ascending Arc and a Descending Arc. Each Arc consists of 12,000 years, and during the Ascending Arc human consciousness gradually advances, while during the Descending Arc human consciousness gradually declines. Within each Arc fall four Yugas, or Ages, called: Kali Yuga/the Iron Age, Dwapara Yuga/the Bronze Age, Treta Yuga/the Silver Age, and Satya Yuga/the Golden Age. The Dwapara Yuga, or Bronze Age, is the age of energy. The age in which human understanding of energetics either flourishes or diminishes depending upon the corresponding Arc.

Luckily, today we are embarking upon the great journey upward! We are about 315 years into the Dwapara Yuga on the Ascending Arc heading toward the Golden Age of Enlightenment. The constellations make it possible to chart the current cycle’s progression. The Autumnal Equinox is now falling in Virgo, and we find ourselves at the beginning of the Dwapara Yuga/Bronze Age.

The Kali Yuga/Iron Age that ended in A.D. 1698 was a time of materialism, when man could not grasp anything beyond the gross physical state of existence. Dwapara, the Age we are entering into, is a 2,400-year period of rapid development in all departments of man’s knowledge, the exciting beginnings of which we have just begun to experience, the Age the Langmayr Project has been researching for decades.

Dr. Franz Langmayr holds three PhDs from the University of Vienna, in Law, Political Science and Mathematics. He worked for almost twenty years in Austria as a pioneering civil law defender, championing the under-served and working tirelessly to rehabilitate and restructure society from the ground up. He studied and taught at the Tata Institute of Fundamental Research in Mumbai, India, an institution dedicated to research in mathematics and the sciences, and at the California Institute of Technology in Pasadena, California. Dr. Langmayr also worked and taught as a Building Biologist for many years, in addition to serving as a journalist for a groundbreaking green paper in Austria. A Mensa member since university time, Dr. Langmayr still serves as the Chief Editor for the Vienna chapter’s newspaper. Throughout his working life, Dr. Langmayr pursued a meditation based spiritual life, and spent increasing amounts of time meditating on the internal and external structural changes needed to make way for higher ages living. He spends numerous periods of time in seclusion in ashrams in India and the United States, always in stringent pursuit of Truth.

Niloofar Shaterian is a Life Coach, Writer, Producer, Director with a broad spectrum of consultant course study in arts, health, nutrition, psychology and IT. Currently as a Film Producer and Life Coach, Niloofar specializes in the area of Life Scripts and Gifted Youth Empowerment tools. Her debut as a director was with “The Peace Experience“. In addition to her M.A. degree in Spiritual Psychology from USM (University of Santa Monica) she also holds degrees in Biochemistry, Neurology, Sound Healing, Homeopathy, and Computer Science. For 20 years as an eCommerce Architect, Niloofar created enterprise financial systems for large corporations such as AIG, Disney and Universal Studios. During the last decade, Niloofar has been conducting transformational retreats and peace tour programs across Europe and USA.

Christine Langmayr holds a degree in political science from the University of Vienna. She also studied Austrian and International Law, Human Rights, Global Governance and Communicative Language Teaching. She co-produced “The Peace Experience” and worked as a translator, and facilitator for various events, projects and films regarding peace. During her university years she was researching the Austrian and European asylum systems and used her thesis to advocate against the deportation of people into life threatening environments. She was a head organizer for yoga events for young adults in Germany, Austria and Switzerland for many years. Her love for traveling and for different cultures has brought her into close contact with people from all over the world and all walks of life.

Bray Ghiglia, BM, Music Producer/ Film Composer/ Musician/ Lyricist, has performed nationally and internationally on flute, guitar, saxophone for various productions at UCLA, Geffen Playhouse, as well as with such luminaries as Tom Hanks, Robin Williams, Billy Crystal, Martin Sheen, Drew Carey, Dave Mason band, and the Roberts/ Meisner Band. Bray has a BM in Media Composition from CSUN, Northridge California State University. Some of his film music credits are “The Peace Experience” ,”The Accountants”, “The Lucky Girl”, and “How To Make It In New York On $15 A Day”.

Lauren Schneider is an independent film writer/director, producer and editor. Lauren started out by working as an actress in independent films including “Expecting” (SXSW 2013), “Somewhere Slow” (Best Film – Brooklyn Film Festival 2013), and “Red White & Blue” (SXSW, Rotterdam, Best of Fest – Boston Underground Film Festival). Lauren is passionate about the power of film, especially relating to the visceral experience the medium can provide. 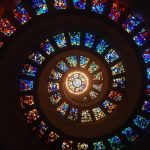 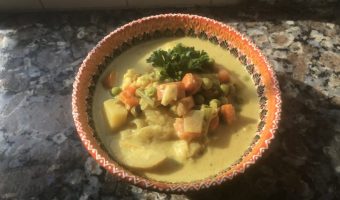