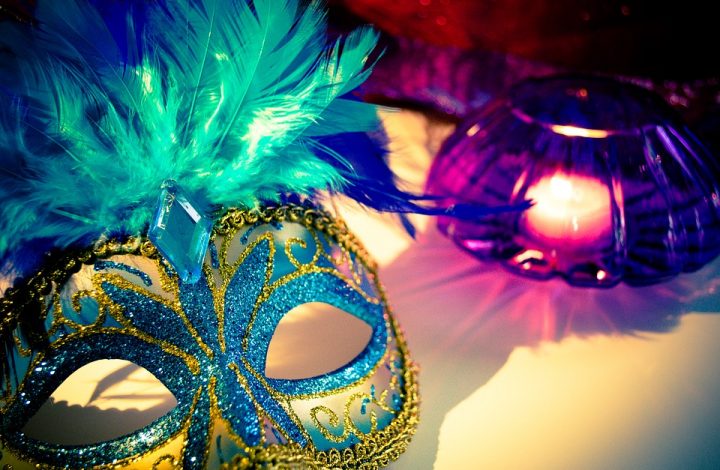 There once lived a King by the name of Achashverosh, who ruled over Persia in the third century, BCE. The story begins with a grand feast that the King was throwing at his palace. Irreconcilable differences propelled the King to divorce and seek a new queen. In search of a new queen, the King commanded his men to travel throughout the kingdom in search of the loveliest of maidens so that he could view them and chose the most beautiful to be his wife and the new Queen.

Around this time there lived a gorgeous woman named Esther. She lived in a small province with her uncle Mordechai. She knew that being the Queen of Persia would be good for her people. And as she was strikingly beautiful, she prepared herself to be brought before the King. Once the King saw Esther he stopped looking and she became the new Queen of Persia.

One day while passing by the palace gates, Mordechai overheard two guards plotting a revolution with the intent to kill King Achashverosh. Mordechai informed Esther, and the militants were captured and executed. Mordechai saved the King’s life. The King had an advisor named Haman. This advisor was power hungry and conniving. Haman disliked the Israelites, especially Mordechai. When Haman would travel throughout the towns, he expected the people to bow down to him as he was second in command to the King. Mordechai refused to bow.

In order to gain favor with the King and rid himself of Mordechai and his people, Haman devised a plan to kill them all. Haman used his sharp tongue and twisted the thoughts of Achashverosh, alleging that Mordechai’s people would cause a problem for the King and that the King should lend his seal to a petition to have them destroyed. The King authorized the genocide and letters were written and sent to all the provinces of Persia bearing the Kings seal.

Haman drew lots to pick the date upon which the genocide would begin. The thirteenth of Adar (the month of Pisces) was the selected day for the mass extermination of the people. Remember this date. When Mordechai caught word of this, he tore his clothes in mourning, dressed in a sackcloth and cried before the King’s gate.

When Esther was told about her Uncle’s behavior she sent him new clothes, but he refused them. He sent her a message telling her to go to the King and plead for the lives of her people. The law in Persia at that time was exacting, no one was to approach the King unless they were summoned. This offense was punishable by death. Esther sent word back to her uncle that the townspeople should fast for three days, she would do the same, and after the three days she would approach the King.

After three days Esther went to the King who was so pleased to see her that he held out his scepter and asked her if he could grant her a request. Esther asked the King and Haman to join her in her quarters for a banquet that she would prepare on the following day. As Haman left the Palace that evening he saw Mordechai. So full with hatred was he for Mordechai, that he resolved the next morning he would ask the King’s permission to hang Mordechai for public spectacle on gallows fifty feet high.

That same night the King could not sleep and he asked to hear the daily chronicles which recorded the daily events of the palace. There the King learned that Mordechai informed the King about a scheme to over throw the kingdom and kill the King. Mordechai saved the King’s life and was not rewarded for his loyalty.

When Haman arrived in the morning, the King asked Haman’s advice as to the appropriate manner to honor a person that has found great favor with the King. Haman, assuming that it was he who was to be honored, said that the man should be allowed to wear the King’s crown, the King’s clothes and should be led through town on the King’s horse, proclaiming that this man is favored by the King. King Achashverosh accepted the idea and told Haman to give this honor to Mordechai. Enraged Haman followed the King’s orders.
That night was the banquet that Queen Esther had prepared for the King and Haman. The King was so pleased with her, that again he asked Esther if he could grant her a request. This time Queen Esther asked her husband to save her life, the life of her people and her Uncle Mordechai, who the king had honored that day. The King was horrified that the life of his queen and his devoted Mordechai were threatened and demanded to know who was responsible for this. Esther replied that it was Haman.

Haman fell to his knees before the King and pleaded for his life, but the King ordered that Haman be hung on the very gallows that he had intended for Mordechai. Mordechai was then made the new advisor to the King. However, the order of genocide could not simply be revoked, but the King ordered that the Israelites be informed and armed to fight in their defense. Due to their awareness of the Kabbalistic tools of unity, the 72 Names of God, and their understanding of the cosmic cycles of the Kabbalistic calendar, the Israelites of Persia triumphed over the Persian Army. They awakened the power of miracles available in the month of Adar/Pisces. And moreover, they were able to alter their destiny.

Esther inscribed this story on scroll. This is known as the Megilah of Esther, which is read the world over on Purim. However, the wisdom of Kabbalah sheds an interesting “Light” on this fairytale story:

Haman was the tenth generation descendant of Agag, the last King of the nation of Amalek, often mentioned throughout the Bible. According to Kabbalistic wisdom the nation of Amalek represents doubt. The whole story of Purim therefore is really the story of the battle and defeat of our own greatest enemy: doubt.

Esther told Mordechai that she could not affect a change in the 1%, to cancel the decree, unless there was a change in the cause, the 99% realm (Zeir Anpin). She knew that the only way to change destiny is to create unity and immense sharing in our 1% world (Malchut).

So Esther told Mordechai to gather the people together and have them fast for 72 hours (three days), have them give charity and share with each other. The purpose of the fast was to shut down the Desire to Receive for the Self Alone and the acts of giving charity and sharing were to awaken the energy of mercy and unity.

Mordechai gathered the people and showed them how to use the 72 Names to connect to the Light. And each person gave a lot of charity to the poor and they gave many gifts to each other to activate a frequency of spiritual energy known as the Light of mercy. The actions performed by the people were powerful enough to connect the 1% (Malchut) to the 99% realm (Zeir Anpin) and create a miracle.