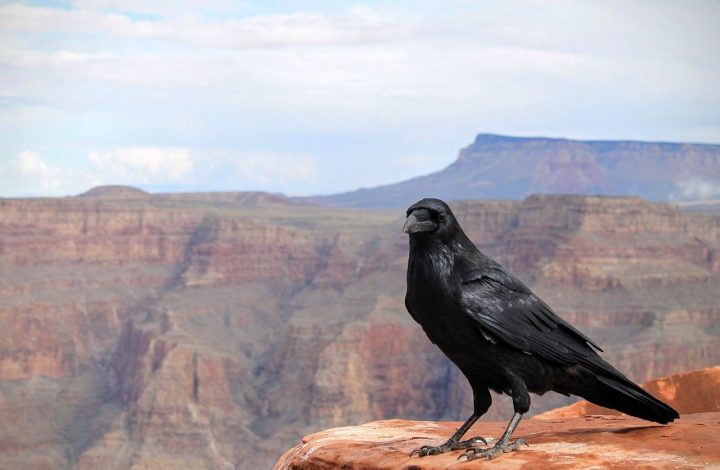 In the beginning, said Evelyna Cleveland-Gray, there was confusion on the reservation. “The whole community was scrambling,” said Cleveland-Gray, manager of the Chilchinbeto chapter of the Navajo Nation, located in the northeast corner of Arizona. “We didn’t know what we were supposed to do.”

It was here, doctors say, where two months ago a man who had been away at a basketball tournament came back and brought the virus with him. The Navajo Nation has been utterly decimated by Covid-19: As of Tuesday, there have been more than 3,100 confirmed cases and 100 deaths on the reservation of about 175,000 people. That infection rate — 18 cases per 1,000 people — means the Navajo Nation has a higher per capita rate of confirmed cases than any U.S. state. (New York has the highest rate among states, with 10 confirmed cases per 1,000 people.) On-the-ground reports paint a harrowing picture: checkpoints to enforce curfews, airlifts by the Arizona National Guard to deliver protective masks.

While members of the Chilchinbeto chapter have been following shelter-in-place orders, the community’s remote location makes that task nearly impossible. “Our nearest grocery store and refueling station is in Kayenta,” Cleveland-Gray said, referencing a town that’s about 25 miles away. “And then the nearest Walmart is two and a half hours away.” And given their remote location, online orders can take weeks to arrive.

“We want them to shelter in place, but there is a need to go into town to get items that are not readily available here,” Cleveland-Gray said.

Cleveland-Gray’s anxieties during the pandemic are tragically commonplace ones in Indigenous communities across the United States. For decades, Native leaders have spoken out about a lack of infrastructure and funding, and for decades they’ve been largely ignored by the federal government. All it took was a pandemic like Covid-19 to highlight — and, indeed, to exacerbate — the long-running inequities on reservations.

“The Native American, American Indian communities tend to be impoverished, not by any fault of their own,” said Joseph Gone, an anthropology professor and faculty director of the Native American Program at Harvard University. “The Indian Health Service [the agency responsible for serving roughly 2.5 million Indigenous Americans] is not funded at the level that would meet the needs of Indian people, even when it’s operating at its best. Under conditions of the pandemic, it’s even more woefully inadequate, with a budget that has long been 60 cents on the dollar or less in comparison to what the government provides for other health packages. Their resources are just overwhelmed.”

Indeed, health care is probably the biggest hurdle Indigenous communities now face, and little surprise: Even with outside aid from volunteer groups like Doctors Without Borders, medical services are still sorely lacking. Meanwhile, Native Americans suffer from a higher rate of preexisting conditions; for example, they are twice as likely as white Americans to have diabetes, according to the Centers for Disease Control and Prevention. (It’s hard to know exactly how poorly they’re faring, given that half of U.S. states didn’t include Native Americans in their demographic data on the impact of the coronavirus, according to a Guardian analysis.)

“We want them to shelter in place, but there is a need to go into town to get items that are not readily available here.”

“People have preexisting conditions like diabetes and high blood pressure, sleep disorder, or all these different factors that can impact somebody’s ability to come back from the virus,” said Annjeanette Belcourt, an assistant professor in the University of Montana’s Health Sciences Department and an enrolled member of the Three Affiliated Tribes. “We just have a lack of access to advanced medical care and real hospitals. In our rural areas, there just hasn’t been good access to testing.”

Of course, health care is just one of many disparities that tangle together to create an environment ripe for a pandemic. Nearly 30% of Native Americans and Alaska Natives live in poverty, and they are 19 times likelier than white Americans to lack indoor plumbing, a fact that poses a problem for hand-washing. (On the Navajo Nation, it’s even worse: 36% of those on the reservation lack access to running water.) Overcrowding is another issue: 16% of Indigenous households in tribal areas face overcrowding, versus 2% of all households, meaning the virus is far more likely to spread once it’s in a home. What’s more, only about 50% of those living on reservations have high-speed internet access, which makes it much more difficult to stay current on the constantly evolving news updates and CDC recommendations around the coronavirus.

“It’s all connected up,” added Philip Deloria, a history professor at Harvard and an enrolled member of the Standing Rock Sioux Tribe. “Many tribal nations have lower SES measures across the board, so Native people are part of populations with greater health risks.”

Yet, even with these clear and insurmountable odds, the federal government has done little to help. Though Congress allocated $8 billion to Native communities as part of the CARES Act it passed in March, that money didn’t start trickling in until just a few days ago. And according to Frankie Myers, vice chairman of the Yurok Tribe in Northern California, the money still falls far short of what was promised. “It’s only the 60% amount [promised],” he said. That money would go a long way toward opening testing facilities — Myers said his tribe, which is the largest in California, with more than 6,000 members, still doesn’t have testing.

Should the pandemic sweep through the Yurok community, there may not be much officials can do to mitigate the damage. “If we saw a large number of Covid-19 cases here on the reservation, our [facilities] absolutely could not handle it,” said Myers, whose tribe was among eight that filed suit against the Treasury Department last month over the missing CARES Act funds. Part of the delay is owed to a complication over whether the funding would apply to certain Alaska tribes. (The Treasury Department did not respond to a request for comment.)

In a worst-case scenario, Myers’ tribe could face a situation not unlike what’s playing out 1,200 miles away in Chilchinbeto, where Cleveland-Gray, the chapter manager, is counting on food and water donations to dissuade people from venturing out for groceries. And while economic recovery is a daunting prospect for any community, it’s even more ominous on reservations, where many officials already struggle to attract outside investment and entrepreneurship.

“Take casinos: For casinos to reopen, you’ve got to be able to test, trace, and treat,” said Gone, the anthropologist. “Tribal communities have less enterprise. The consequences of having us shut down the one or two or three enterprises that are working really deprives us of resources.”

Image by Free-Photos from Pixabay