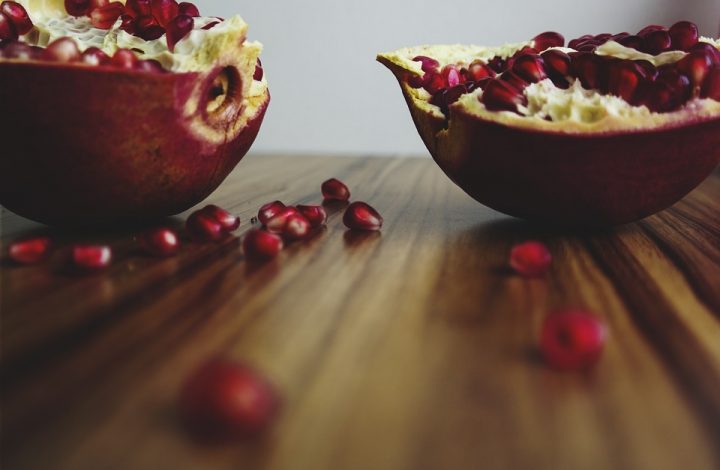 Growing up, I looked forward every year to the celebration of Shab-e Yalda, an ancient Iranian holiday that falls on the longest and darkest night of the year: the winter solstice.

The holiday, also known as Shab-e Chelleh (Night of Forty) falls on either Dec. 20 or 21 (this year it’s the latter). As in cultures around the world, it is a celebration of the light that follows darkness as spring follows winter; a time to gather together with friends and family to ward off the privations of the coldest season.

In the ancient Zoroastrian version of this festival, the solstice is the night that the Lord of Wisdom, Ahura Mazda—an early monotheistic god figure—will triumph over evil, signified by darkness. If that sounds like a familiar tale, Yalda, which means birth and is now also a popular Iranian girls name, is believed by many to be an inspiration for early Christmas rituals.

In ancient times, friends and family gathered together to light fires, feast, and make merry. In the ensuing millennia, not much has changed. When I lived in Iran, every year my family and I would gather at my grandparents’ place. These family gatherings usually take place in the homes of elders—grandparents, if they are alive—as loved ones spend the evening together as a sign of love and respect and to listen to their stories of past generations.

Despite the commitment to many of the old ways of celebrating, Iranians have added new traditions and altered others throughout many centuries. We read poetry aloud, tell jokes, laugh, and sometimes dance until after midnight. Before Iran became an Islamic republic and alcohol was banned, wine was an integral part of the festivities. My family, like millions of Iranians, served Yalda goodies on a big, round tray atop a korsi, a traditional piece of Iranian furniture that consists of a low table with a source of heat underneath and blankets thrown over it, which people sit around all night.

The gatherings begin with a fine dinner, usually highlighting popular regional dishes. In Tabriz, in the Azerbaijan province of northwestern Iran, people enjoy kofteh, large meatballs of minced lamb, herbs, and nuts and stuffed with a plum in the center. In Khorasan, they eat dolmeh, stuffed grape leaves. Gilaki people, who live near the Caspian Sea, eat sturgeon. And in the past, when Iran didn’t suffer from perpetual drought, the people of Isfahan in the center of Iran would mix fresh snow with grape or date syrup; a sort of traditional snow cone.

Ancient Zoroastrians in Iran used red to represent the color of dawn and light in general. For that reason, many of the edibles served on Yalda are red. Iranians everywhere serve a variety of fruits, including pomegranate—the crown jewel of fruits native to Iran—watermelon, and persimmon. Other common foods are steamed beets and mixed dried fruit and nuts, including figs, white mulberries, raisins, dates, hazelnuts, and pistachios, and special sweets.

A favorite tradition on Yalda night is what we call a fal-e Hafez, the most prevalent form of fortune telling in Iran. Iranians believe deeply in Hafez, our most revered poet. It is said that every Iranian household, regardless of faith, has a copy of Divan-e -Hafez. The poet explores the cultural complexities and traditional contradictions that have long existed within Iranian identity. His use of spiritual metaphors for love, wine, and hypocrisy in our native language, Farsi, make his poems relevant and liberating to us in modern days. For this ritual, after midnight, family members make a wish, then open a book of Hafez randomly. A designated reader—usually an elder of the family—interprets the first poem that each person opens to as that person’s fortune for the year to come.

Last year, my first year being away from home, my husband and I spent the evening home alone, eating nuts and drinking saffron tea. It’s hard, these days, to find a korsi to gather around. I spent the day mentally back in Tehran, waiting for news of how my family celebrated, what they ate and what their fortunes said during the fal-e Hafez. Spending any holiday in a new land is hard; it’s a reminder of what you left behind, but also what it will take to build a new life. Whatever conflicted feelings I may have for my home country, I keenly felt the loss of fellowship.

But I’m hoping that, as my community grows in the U.S., I can celebrate the night with more friends, both those who already share this holiday tradition and those who are new to it. Yalda night is all about the joy of spending a long, cold evening with loved ones. To love, be loved, and share joy and laughter that will sustain us through the winter. It is not about a nationality or a religion. Yalda is an ancient human tradition of unity and community. I don’t want to spend it alone ever again.

Yeganeh Rezaian is a journalist who covered Iranian political, social and economic news from 2009 for Bloomberg News and The National until she and her husband, Jason Rezaian, the former Washington Post Tehran bureau chief, were detained by Iranian authorities in 2014.