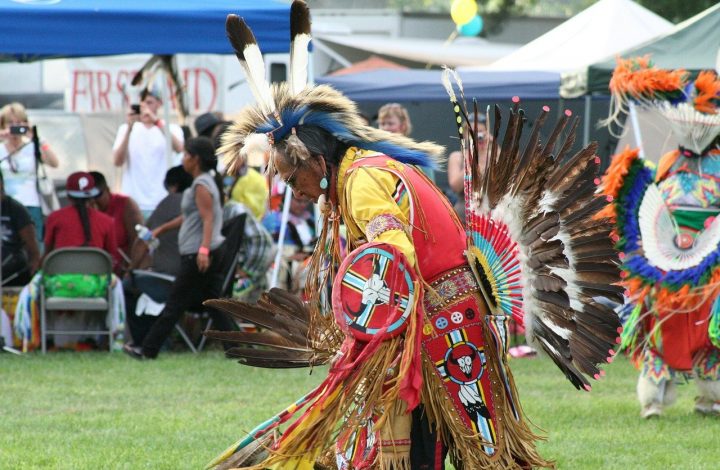 From an article written by Mark Charles, published on Aug 31, 2012. See also Mark’s Presidential Campaign website. The topic was also covered in a CNN article, published on Dec 19, 2012.

In December, I will be hosting a public reading of the 2010 Department of Defense Appropriations Act in front of the Capitol in Washington, D.C.

I am doing so because page 45 of this 67 page document contains a generic, non-binding apology to native peoples on behalf of the citizens of the United States.

The text of the apology included in the defense appropriations bill reads:

Apology to Native Peoples of the United States

Sec. 8113. (a) Acknowledgment and Apology- The United States, acting through Congress —

(1) recognizes the special legal and political relationship Indian tribes have with the United States and the solemn covenant with the land we share;

(2) commends and honors Native Peoples for the thousands of years that they have stewarded and protected this land;

(3) recognizes that there have been years of official depredations, ill-conceived policies, and the breaking of covenants by the Federal Government regarding Indian tribes;

(5) expresses its regret for the ramifications of former wrongs and its commitment to build on the positive relationships of the past and present to move toward a brighter future where all the people of this land live reconciled as brothers and sisters, and harmoniously steward and protect this land together;

Throughout his term in office President Obama has made significant and intentional steps to invite Native American leaders to the table and to include them in the conversation. For this I am thankful.

I also appreciate the sincere efforts that Kansas Gov. Sam Brownback has made to raise the need for an apology to the Indigenous Peoples of this land.

And it is meaningful that the 111th Congress passed legislation that both contained an apology to native peoples and urged the Obama and state officials to seek reconciliation.

However, the wording of this apology and the way it was buried in an unrelated document is not the most appropriate or respectful way to speak to the indigenous hosts of this land. Additionally, it is disconcerting  that this apology has not been communicated clearly to our elders, many of whom personally endured the horrors of boarding schools, re-location, and disenfranchisement.

So on the third anniversary of the signing of this Act — Wednesday, Dec. 19 — I have reserved space in front of the U.S. Capitol, where a diverse group of citizens will assemble to read H.R. 3326 aloud publicly.

The appropriations portion of this bill (pages 1 – 45) will be read by the Native Americans in attendance in an effort to respectfully, yet clearly, highlight the irony of burying such important and historic words in a Department of Defense Appropriations Act.

I also am working to have the apology portion of the Act (sub-section 8113) translated into several Native languages. These translations will be read by some of the non-native people in attendance, as a reminder that when an apology is made it should be communicated as clearly and sincerely as possible to the intended audience.

This Act was written, passed, and signed long ago. Now it needs to be publicized so its intended audience can hear it and respond to it.

But, I do not want the conversation to end there.

Over the years, I have had the privilege to travel throughout much of our country and the world. One question I am asked frequently is, “How does it feel to be Native American and live in the United States?”

I often use the following image to articulate how it feels:

Being Native American and living in the United States feels like our indigenous peoples are an old grandmother who lives in a very large house. It is a beautiful house with plenty of rooms and comfortable furniture. But, years ago, some people came into our house and locked us upstairs in the bedroom.

Today, our house is full of people. They are sitting on our furniture. They are eating our food. They are having a party in our house. They have since unlocked the door to our bedroom but it is much later and we are tired, old, weak and sick; so we can’t or don’t come out.

But the part that is most hurtful and that causes us the most pain, is that virtually no one from this party ever comes upstairs to find us in the bedroom, sits down next to us on the bed, takes our hand, and simply says, “Thank you.Thank you for letting us be in your house.”

One thing that has been taken from our Indigenous Peoples is our ability and the opportunity to be the hosts of this land. In fact, today we are so far removed from the role of host that we often feel like forgotten guests in our own home.

The result of this reversal of roles is that a huge chasm exists between Native America and the rest of the United States.  Pain and misunderstanding are deep, while respect and partnership are scarce.

Following the reading of H.R. 3326 and the apology enclosed therein, I will come forward and share some of my story, concluding with this image of the grandmother in the house. In the past, when I have communicated this image publically, I have been approached by both Natives and non-Natives who want to say “Thank you.” Many Natives have thanked me for articulating our pain in a way they have never had the words for. And many non-Natives have thanked me for letting them live in our house.

I cannot control people’s response nor do I even want to demand it. But I can share my thoughts and then allow space for people to respond and for understanding to grow.

Together, we have an opportunity to lead our country into a conversation that never before has taken place between the indigenous hosts of this land and the immigrants who have traveled here from every corner of the Earth.

This event will not mark the end of this journey but rather the start. It is my hope that we can establish safe and honest common ground where a national conversation about reconciliation between Native America and the rest of our country can begin.