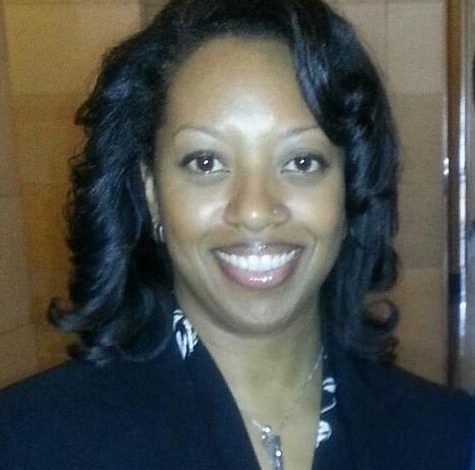 Montrice Wright is a transformational artist with the pure intention to inspire self-love and healing through her art. Unconditional love, acceptance of the personal journey, and balance of life are all themes that provide the foundation of many of her paintings.  They are all derived from Spirit and often depict scenes where there is no distinction between the physical and spiritual realm.  An opening of the way to truth, knowledge, and unity with the Cosmic Consciousness – each provides to the viewer.  Her amazing use of vivid color creates contrast and harmony together.  It is witnessed through the jagged lines and smooth edges throughout her works, which not only represent the mystery of the subconscious but also symbolizes the middle passage to a smooth transition.  She attributes this style to the intense feeling of connection to both her innermost creator and destroyer, which she sees as one.

Born in cultural New Orleans, Louisiana, Montrice developed a fascination with the vibrant cultural and colorful environment in which she was raised.  She began her journey living an artistic life by drawing and painting her dreams.  At an age as early as 2, she knew she had an undeniable gift of creating birthed from her incredible connection with God and nature, which continues to be her inspiration.

Her creations continued to develop and deepen even through the years that her main focus was the study of business.  After receiving an undergraduate degree in Accounting from Xavier University of Louisiana, and an MBA in Marketing from Clark Atlanta University, she moved to Los Angeles, California.  While pursuing her career, there still remained a burning desire to further develop her art and creativity. She then began to connect and create with other artists and developed a mentorship with international artist Rassouli, who is known for his painting style – Fusionart.  She collaborated for several years on many creative efforts with Rassouli and the team of artists who developed Fusionart International.  She served as the Events coordinator. These activities also led to her co-creation of two painting groups – Curls of the Beloved and Inspired Presence.

Through dedication to her craft, Montrice began to paint for the feeling rather than the eye.  Her developmental process transformed from her earlier style, which was one that was controlled or thought out, to one that is purely organic.  She clears her mind and begins a communion with Spirit, which starts and ends with meditation.

Montrice is known primarily for her paintings, but she also creates jewelry that incorporates her paintings.  Small images of her actual paintings are the main focal point of each piece, with an array of crystals, stones and beads surrounding the image. She strongly believes that the jewelry harnesses the energy of the painting and creates a healing experience for the wearer.  The combination of energies from the crystals and stones, their configuration, and placement, in her experience, channels color therapy, sound therapy and sacred geometry.  All pieces are one of a kind, created through the same process as the development of her paintings – spirit inspired and free of thought. Each piece pulls together much of what Montrice has intuited through her spiritual, personal, and creative development throughout her lifetime.

Currently, Montrice teams with TAT – Transformational Art Therapy – as one of its Art Directors with the purpose of bringing the art of painting, music, yoga, and dance to youth in schools that do not have funding for such programs.  Her contributions are presented through art classes at day retreats and workshops in which she guides the participants through the “2 Minute Painting” exercise in order to reveal each ones’ transformational message to him or herself.

Montrice’s works continue to be shown in numerous exhibits.   Some include Agape International Spiritual Center in Culver City, CA, Fusionart International, Center of the Heart in Santa Barbara, CA, The Articles Store in Kirkland, WA, The Globe Theater in Hollywood, CA, The Kenneth Village Art Fair in Glendale, CA, The Temple Bar in Santa Monica, CA and Le Florence Gallery in Los Angeles, CA.  Her collectors are located in several countries including the United States, Canada, France and Malta.