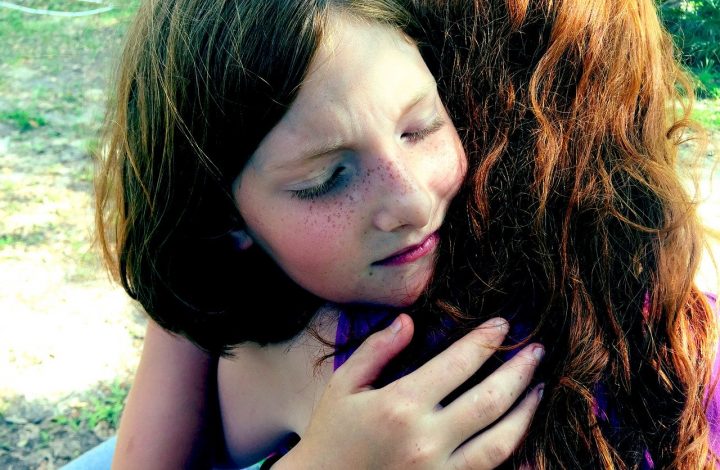 By the Children’s Health Defense Team

Witnessing and participating in a baby’s acquisition of language is one of the most delightful chapters of parenthood. For most children, the progression from babbling to words to simple phrases unfolds seamlessly within the first two to three years, and by five years of age, they are able to use adult grammar and tell stories. However, a growing subset of American children suffers from speech delays or other language difficulties that are cheating families out of sharing these exciting milestones and the children of their potential for a full and productive life.

National studies suggest that the proportion of U.S. children with speech and language disorders is rising. Depending on the survey, the proportion has grown by anywhere from 26% (2007 and 2011 NHIS) to 56% (2005-06 and 2009-10 National Survey of Children with Special Health Care Needs). Moreover, speech and language problems frequently layer on top of other childhood-onset disorders suspected of having environmental causes. Commenting on speech delays that present in the context of “complex neurodevelopmental disorders,” one researcher notes that “The term complex…is used to include environmental contributions to neurodevelopmental disorders” [emphasis in original]. In 2016, the Institute of Medicine hypothesized that the same factors that are contributing to the increased prevalence of autism spectrum disorder (ASD) and attention deficit hyperactivity disorder (ADHD) are giving rise to the uptick in speech and language disorders.

Even in children who have language impairments but no intellectual disability, evidence indicates that the impairments are associated with problems that reverberate into adult life.

Atypical language development can be “idiopathic” (no known cause) or it “can be a secondary characteristic of other physical and developmental problems that may first manifest as language problems.” A study published this year confirmed the frequent overlap with other disorders, examining the prevalence of motor speech disorders among nearly 350 young participants (average age=13) who also had one of eight neurodevelopmental disorders (including various genetic syndromes, “idiopathic intellectual disability,” severe traumatic brain injury or ASD). The researchers reported that almost half (48%) of their sample met the criteria for speech disorders—over two and a half times more than the reported prevalence (18%) in studies involving idiopathic speech delays.

In children with ASD, language impairment can be a marker of poor long-term outcomes. A French study that followed children with autism for 15 years (after recruiting them into the study at an average age of 5 years) identified three baseline characteristics that predicted persistent behavioral difficulties and problems functioning independently, one of which was absence of language. Even in children who have language impairments but no intellectual disability, evidence indicates that the impairments are associated with problems that reverberate “into adult life.” As one researcher asserts, “Language skill is the single most important predictor of long-term educational, social, and vocational achievement for all children, including those with ASD.”

… prenatal exposure to methylmercury (via industrial releases in Minimata Bay, Japan) led to serious neurodevelopmental delays in children, with language dysfunction being one of the prominent symptoms observed.

For decades, studies have documented the ability of heavy metals, and particularly mercury, to impair language development (among many other neurotoxic effects). This research includes past studies of Minimata disease, which showed that prenatal exposure to methylmercury (via industrial releases in Minimata Bay, Japan) led to serious neurodevelopmental delays in children, with language dysfunction being one of the prominent symptoms observed. Longitudinal research in the Faroe Islands later identified widespread effects on brain function resulting from prenatal methylmercury exposure “at exposure levels currently considered safe”—with the most pronounced effects seen in the domains of language, attention and memory. The 2017 Minimata Convention—an international treaty on mercury—lists irreversible language impairment among mercury’s severe health impacts and concurs that mercury’s “effects can be seen even at very low levels,” particularly in fetuses, newborn babies and children.

Some authors caution about the potential risks of co-exposure to methylmercury and ethylmercury, which together might induce more adverse neurotoxic effects than each agent alone.

Children’s exposure to methylmercury occurs primarily through maternal or childhood consumption of seafood, in which mercury bioaccumulates. Methylmercury is an organic mercury compound—and so is ethylmercury, the compound found in the vaccine preservative thimerosal, which is still present in influenza vaccines routinely administered to pregnant women in the U.S. as well as childhood vaccines used around the world. In 2017, CDC toxicologists published a comprehensive review of the two compounds and concluded that there are “many commonalities [and] similarities in the mechanisms of toxic action of methylmercury and ethylmercury.” Many of these—including the ability to cause DNA damage (or impair DNA synthesis), affect cell division, decrease glutathione activity and increase oxidative stress—are hallmarks of ASD and similar neurodevelopmental disorders.

Some authors caution about the potential risks of co-exposure to methylmercury and ethylmercury, which together “might induce more adverse neurotoxic effects than each agent alone.” A Brazilian study published in 2016 confirmed this hypothesis, showing that combined exposure to methylmercury via maternal fish consumption and ethylmercury via thimerosal-containing vaccines produced a statistically significant increase in neurodevelopmental delays, with “age of talking” being one of the primary neurodevelopmental indicators measured.

Where speech and language impairments are concerned, researchers also have identified other substances of concern besides mercury. A few investigators have raised questions about the potential for mercury to interact synergistically with other neurotoxic substances, which include:

At this juncture, it is highly disingenuous to maintain, as U.S. government agencies still do, that most speech disorders “have no known cause.” The scientific literature points to numerous environmental factors likely to be contributing, singly or in combination, to the development of ASD—including “pesticides, phthalates, polychorinated biphenyls, solvents, air pollutants, fragrances, glyphosate and heavy metals, especially aluminum used in vaccines as adjuvant.” There is every reason to suspect that these toxins could also be contributing to speech and language delays. In 2010, researchers criticized “positions that deny a link to environmental toxins and autism,” stating that such positions “are based on relatively weak science and are disregarding the bulk of scientific literature.” Nearly 10 years later, this critique holds true not just for autism but for the tsunami of neurodevelopmental disorders—including speech and language impairments—that is drowning American children.

Image by Mark Filter from Pixabay