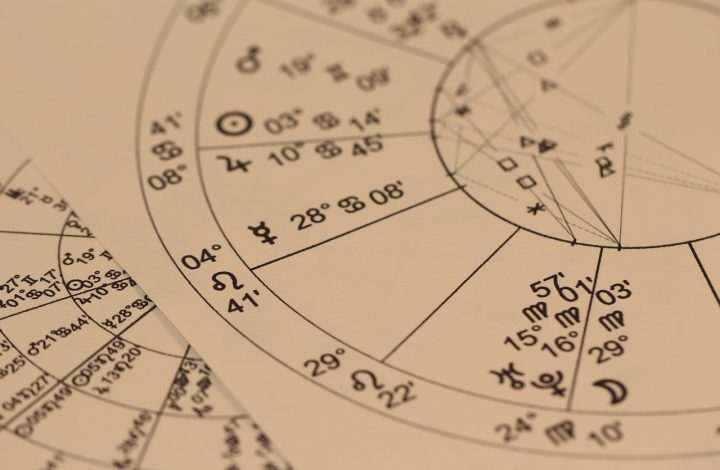 In previous installments, I have discussed the recent Saturn-Pluto conjunction in itself; in other words, astrologically speaking, I discussed it largely in reference to the whole planet, for planet-to-planet transits – in this case, transiting (TR) Saturn to TR Pluto – carry a symbolism relevant to everyone. By contrast, transit-to-natal situations have relevance only to the entity with the birth-horoscope under examination. In a person-to-person natal reading, the astrologer looks largely at transit-to-natal symbolism (in addition to progressed-to-natal and directions-to-natal indications), which would include looking at how any transit-to-transit aspects connect to the natal horoscope. In this installment, I will look at TR Saturn and TR Pluto in reference to the United States natal horoscope.[1]

Perhaps most obviously, the Saturn-Pluto conjunction took place closely opposite the US Mercury in Cancer; as I write, Pluto is precisely opposite that Mercury, having recently turned retrograde. The US N Mercury opposes the US N Pluto, and the US will have its Pluto return within the next few years, a matter for discussion in a future installment related to the U.S. economy. Finally, the US has N Mercury in the 8th house and N Pluto in the 2nd – the so-called “money houses” of a horoscope, with Mercury in Cancer and Pluto in Capricorn.

The natal Mercury-Pluto aspect depicts both the control of the nation’s press by plutocratic interests and, at least as importantly, the tendency of the US to project Pluto onto others. This latter tendency has characterized myriad developments in this country’s history, as we see the projected Pluto in Capricorn arising through people attempting to live in their traditional ways (Capricorn) getting depicted, in the nation’s press and in the minds of millions of citizens (Mercury) as brutal savages (Pluto). In my book on projection (Your Hidden Face: Projection in the Horoscope), I put it this way:

The pattern appeared even before the United States declared itself a nation, as the invading Europeans saw the native people as dark, savage primitive, and cruel, despite the sophistication of many native civilizations and the marked primitive savagery – characterized by historian Michael Rogin as a drive for “primitive accumulation” – of the Europeans. Later, with the institution of the slave trade, African slaves served nicely as a [further] hook for the United States’ projection. Later still, the Soviet Union did yeoman service in that role…. (278)

Thus we see that the “descriptions” in the national press (including many so-called reputable history books) of the indigenous people of this continent look a lot like the “descriptions” of, say, imported black slaves, Iraqis, Vietnamese, Russians, Iranians – and now the Chinese – any group or nation that US leaders, often with millions of citizens following suit, choose as a period’s designated enemy.[2] Because Pluto also has much to do with the nation’s capacity for change and transformation, these projections seem to hinder possibly-fruitful change.

The current viral pandemic seems, on the one hand, like a very serious external matter – and oppositions indicate, above all, a relationship with an internal factor with an apparently external one – and, on the other, a projection of the nation’s need, at this point in its history, for fundamental change and realignment, not merely a change in presidential regime, but a transformation of the                         basic economic “realities” that so often seem to afflict milliions even as they hold the capacity for creatively envisioned transformation.

We see, too, a nationwide control (Pluto) and limitation (Saturn) initiated by the hierarchy (Capricorn) on the Mercury-related movements of citizens, Mercury here having to do with the various ways we weave ourselves into our neighborhoods and families, the most ordinary and habitual set of communications (with that term broadly understood) through which we come to terms with our lives and with ourselves. That TR Saturn and TR Pluto make their transits from the 2nd house of the US horoscope tells us that the restrictions and necessary transformations in communication have a close connection to financial matters; Capricorn on the 2nd house cusp suggests – particularly with Saturn, ruler of Capricorn, in the 10th – an unusually close relationship between a plutocratic financial system and governmental hierarchies. Pluto’s movement toward N Pluto – this country’s “Pluto Return,” a transit that nations can have but that individual people other than Methuselah cannot – suggests a transformation of the nation’s economic system, a transformation that will also involve the various ways the US’s security (Cancer) depends on the US tendency to take the money and resources of other nations or groups (8th), a tendency evident throughout the nation’s history but perhaps most evident in the slaughter of this continent’s indigenous people and the stealing of their land, the importing of slaves from Africa, and ongoing crises in the Middle East, etc.
As I write, Saturn has moved into Aquarius but will return to Capricorn on 7/1 and will make a station on 9/29 about 1.5 degrees from another precise opposition to the US N Mercury (i.e. well within orb) and then through a second and third conjunctions with N Pluto. TR Pluto remains precisely (within a degree) opposed to the same Mercury through early July. The aspect suggests control (Pluto) over people’s movements (Mercury), among other possibilities. As Pluto retrogrades away from that opposition, we will perhaps see less restriction and control, particularly as Saturn will leave Aquarius, a sign closely connected to group interactions and one-to-many relations, with TR Saturn bringing restriction to such relations. However, both astrological factors will return (i.e. Pluto will oppose Mercury again; Saturn will return to Aquarius), so we should not assume that we have gotten ourselves out of the virus-infested woods quite yet. The TR Pluto-N Mercury opposition will occur three times: now; December 2020 into January 2021; August through September 2020, when Pluto will again make a station precisely opposed to N Mercury. Admittedly, sometimes the energy of a triple transit expends itself (so to speak) in one of the three phrases, and, admittedly, too, sometimes that one phase will see an outer planet stationing precisely at the trigger point, as in Pluto’s present station in April and May 2020. On the other hand, sometimes we see a three-phase sequence of thesis-antithesis-synthesis coinciding with the three phases of the triple-transit – and, of course, the August-September 2021 period will see Pluto again stationing opposite that N Mercury.[3]

TR Pluto opposing Mercury also implicates the media of the country, ruled in part by Mercury. The N Mercury- N Pluto opposition points to the control (Pluto) of media (Mercury) by plutocrats (Pluto) in ways connected to “national security,” a phrase which might induce us to remember Mr. Chomsky’s remarks about how governments often consider the people as the major entity in need of government control. We can probably agree with Donald Trump on at least one thing: many media outlets promulgate “false news,” Trump himself, along with his minions, serving as Purveyor in Chief, though other organizations differ in degree and not kind. In theory, TR Pluto can transform the citizens’ connection to the media, but nation states generally make the worst possible use of transits!

Astrologers generally “read a transit back to the natal chart,” a phrase meaning that the interpretation of any transiting planet depends to a great degree on that planet’s signification in the natal horoscope. The US N Pluto falls in the 2nd house, suggesting money; thus, I have said here that N Mercury-N Pluto suggests control of media by moneyed interests – and Pluto, no matter where located, often points in a nation’s chart to plutocratic and/or other hidden control-measures. The US N Saturn lies at the US midheaven, suggesting a government bent on preserving order, both at home and abroad.

In the present situation, the astrological material suggests that we must distinguish clearly between arbitrary government control ,on the one hand, and restrictions demanded (so to speak) by the virus, on the other. In other words, to prevent complete catastrophe, we probably do need to restrict our movements – and even our breathing (e.g. via masks), which Mercury also has significant rulership over.[4] Notably, millions of Americans have participated in this without having the government enforce its authority. However, Saturn rules restrictive authority and Pluto has a lot to do with totalitarian initiatives; historically, the conjunctions between TR Saturn and TR Pluto have coincided with right-wing turns, sometimes severe, in government policy.[5] The danger – for everyone on earth, though more acutely in the USA because of the horoscope factors under discussion – has to do with the development of restrictive authority (Saturn moving through his two dignities[6]) developing out of the viral pandemic (Pluto) resulting in the increasing influence of plutonic elements with clear connections to totalitarian tendencies.[7] Consider this a warning.

On the other hand, Saturn-Pluto suggests highly organized and powerful movements arising from what seem initially as small sources but that, through a chain-reaction, result in enormous organizational changes. Though we do well to keep on the lookout for plutonic-government shenanigans, we should also realize that Pluto arises in each person as the potential to bring about change and that Saturn arises through personal discipline.

Note: readers seeking a more complete interpretation of the projection-tendencies suggested by the U.S. horoscope can consult my Your Hidden Face: Projection in the Horoscope, available from the publisher (American Federation of Astrologers), me (timlyons1106@gmail.com), or (probably) Amazon.

[1] I use the so-called Rudhyar horoscope for the United States: July 4, 1776 at 5.13 pm LMT in Philadelphia. I use this one because a) its symbolism seems to me appropriate to the major characteristics of this nation seems to fit in with US history, and b) it responds very precisely to transits, directions, and progressions.

[2] Other natal configurations suggest other projection-patterns, but the Mercury-Pluto opposition always plays a major role, not only in the natal horoscope, but as measured by solar arc directions and other factors.

[3] Notes: 1. I have stolen “trigger point” from, I think, Steven Forrest. 2. The triple transits have a direct phrase, a retrograde phase, and another direct phase. They occur because of the retrogradation of the planets, an earth-based phenomenon resulting from the relative movements of the Earth, the planet, and the more distant fixed stars. 3. Saturn will return to Aquarius in 12/2020 and remain there until 3/2023.

[4] Traditionally, Mercury has, through its dignity in Gemini, had a connection to the lungs. We “breathe” socially via social interaction; we interact with the external world primarily through our breathing, for it makes possible all other interactions and involves constant exchange.

[5] I am drawing, here, on Richard Tarnas’ research. See Cosmos and Psyche.

[7] Pluto’s discovery closely coincided with Hitler’s rise to power, among other developments.

Image by Mira Cosic from Pixabay