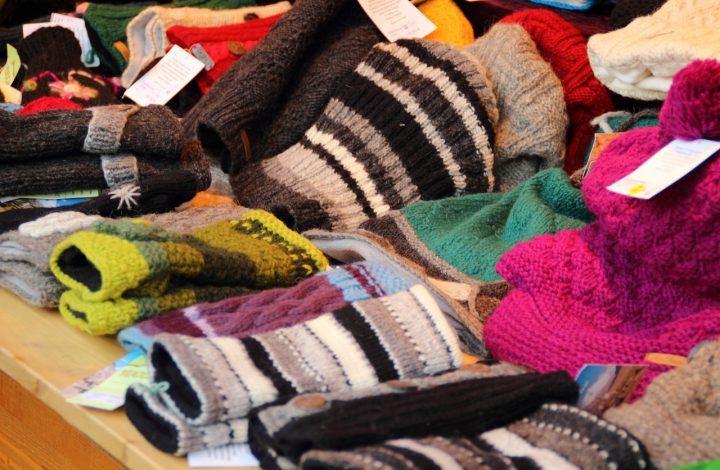 As temperatures plummet and the UK braces for snow and stormy weather, one woman has set up a brilliant way of helping those most in need this winter.

Fay Sibley, a paramedic, spotted the idea of a coat exchange which had been set up in Yorkshire and decided she wanted to try the same thing in her home town of Colchester, Essex.

She told The Huffington Post UK: “I work in London and I’m always quite moved by the people I see on my walk from Liverpool Street to London Bridge. I walk past several people who are forced to sleep rough.

“I always think I wish I could do a little something to help.”

So she set about gathering together as many coats as she could find and setting them up in the town centre on the closest thing she had to a coat rail: a clothes airer.

Sibley explained: “There are no rules, if you have a need – whether you’re homeless or not homeless, if you just can’t afford a good winter coat and there’s one there, the idea is that you’re free to take it. There are no criteria, if you need one, take one. If you want to help, leave one, it’s that simple.”

Word quickly spread and by the next day there were 40 coats, someone had donated a proper clothes rail and a Facebook post about the exchange had been shared more than 800 times.

Sibley said: “I couldn’t have in my wildest dreams have believed that people would take it on as they have and get behind it like they have and be so positive about it. The comments have been overwhelmingly supportive and positive, there’s been nothing negative that I’ve seen. I’m blown away really.”

She said that it had been great to also get to chat to people who had benefited from the idea.

She said: “We went down on Monday night when the weather was particularly bad and it was pouring with rain, so we took some heavy-duty plastic so the coats wouldn’t get ruined.

“When we got there, there was a couple called Carl and Shirley and they told us they were sleeping in tents in a field local to us. They’d been doing this for quite some time. They were having a look through the coats and we got chatting and they were really blown away, they told us how grateful they were.

“The most amazing thing was that Carl told us he had a professional men’s coat which he didn’t have need for and wanted to give it to the exchange.

“These are people with next to nothing and they still want to get involved in the act of paying it forward. Even those with not much to give still want to give something. I was really touched by that.”

Sibley said they have received messages of support from as far away as Perth, Australia, with many saying they want to set up their own exchanges.

She added: “With the weather being as it is and the winter coming, this seemed like such a simple idea where it doesn’t cost anyone anything. These are coats that people don’t want anymore, they’re just sitting there but this could potentially even save someone’s life, what with the snow coming.

“It’s such a simple gesture to donate something you don’t want anymore but it might help someone who needs it.”