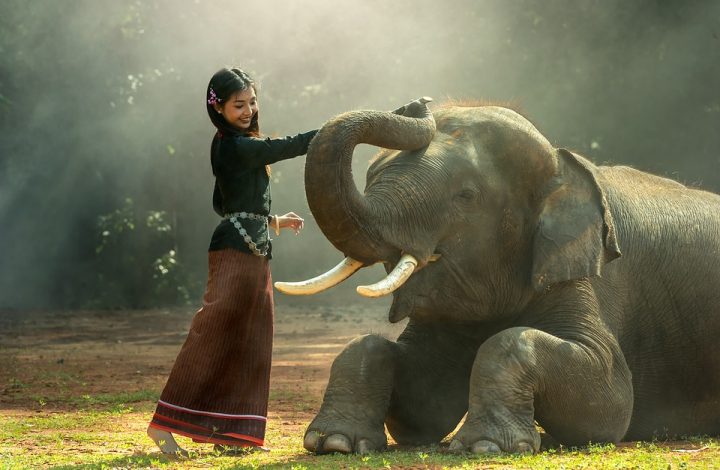 “The self-worth that comes from being kind to yourself is much more stable than that which comes from judging yourself positively.”

I recently interviewed Neff, a psychology professor at the University of Texas, about how self-esteem fails us and how we can boost our compassion for ourselves instead. An edited version of the conversation follows.

Olga Khazan: What are some contexts in which we usually hear about boosting self-esteem?

Kristin Neff: Well, it seems like it’s just deeply permeated, especially American culture, where we have very high levels of self-esteem and narcissism. I think because of the big self-esteem movement, people just got it in their heads that the key to psychological health was self-esteem. Jean Twenge and Keith Campbell showed that because of this emphasis on self-esteem, we actually got a generation of narcissists. I think it’s generally out there in the culture, but maybe especially among parents and educators.

Jenny Crocker—she’s one of the best people who talks about this. She says, you have to stop the costly pursuit of high self-esteem. It’s not having high self-esteem is the problem, it’s pursuing it, which is usually based on feeling special and above-average or better than others. The best way to think about the problem of self-esteem is not whether or not you have it, but what you do to get it. That’s where the issues really come in.

Khazan: So what’s wrong with telling people to have better self-esteem?

Neff: When you take it too seriously, you become a narcissist. And we know narcissists tend to have problems with relationships, they push people away, so there are definitely maladaptive consequences to narcissism.

The other thing is, it’s pretty common, at least in American society, that in order to have high self-esteem, you have to feel special and above-average. If someone said, “Oh, your performance was average,” you would feel hurt by that, almost insulted.

When we fail, self-esteem deserts us, which is precisely when we need it most.

And so the problem is we’re constantly comparing ourselves to others. We try to puff ourselves up. We have what’s called self-enhancement bias, where we see ourselves as better in almost any culturally valued trait. There’s a large body of research showing that bullying is largely caused by the quest for high self-esteem—the process of feeling special and better-than.

So if I can pick on the weird, nerdy kid, I actually get a self-esteem boost. Then, if you look at things like prejudice, at least some element playing a role in prejudice is if I feel that my religious group or my ethnic group is better than yours, that’s one way to make a social comparison, and I am actually boosting my self-esteem. So that’s a problem. And also the fact that on some level, someone is always going to be doing it better.

When I teach workshops I say, it’s logically impossible for everyone to be above average at all times, so we’re basically predicating ourselves with a logical impossibility. Eventually that’s going to hit reality. Maybe somebody does do that better than me. Do I accept that or am I destabilized by that?

Usually, self-esteem is highly contingent on success. And the three domains it’s contingent on are, first, peer approval. That’s what other kids at school and other people of work think of me, which is a really lousy source of information, because a) they don’t know you very well and b) you don’t know what they think of you very well.

And then, perceived appearance, which for women is especially damning, and it’s also the most important domain for self-esteem for women. One of the reasons boys don’t suffer as much from low self-esteem is that boys, growing up, they think they’re pretty attractive. They rate their own attractiveness pretty high. The standards of beauty are much higher for girls than for boys. For girls, from the third grade, you start seeing a nose-dive in how attractive they think they are. Starting in third grade think, girls think, “I’m fat,” and “I’m not pretty enough,” and start comparing themselves to high standards and their self-esteem takes a hit. Boys stay pretty stable.

The final one is success. The real problem with that is self-esteem is only available when we succeed. But when we fail, self-esteem deserts us, which is precisely when we need it most. And some people argue that the instability of self-esteem going up and down is more damaging than the level of self-esteem itself.

Khazan: So what is self-compassion? How is it better?

Neff: It means treating yourself with the same kind of kindness, care, compassion, as you would treat those you care about—your good friends, your loved ones.

One component is self-kindness, which is in a way the most obvious. But it also entails a recognition of common humanity—in other words, the understanding that all people are imperfect, and all people have imperfect lives. Sometimes, when we fail, we react as if something has gone wrong—that this shouldn’t be happening. “I shouldn’t have failed, I shouldn’t have had this issue come up in my life.” And this sense that “this shouldn’t be happening,” as if everyone else in the world were living perfectly happy, unproblematic lives. That type of thinking really causes a lot of additional suffering, because people feel isolated and separated from the rest of humanity.

So, when we have self-compassion, when we fail, it’s not “poor me,” it’s “well, everyone fails.” Everyone struggles. This is what it means to be human. And that really radically alters how we relate to failure and difficulty. When we say, “Oh, this is normal, this is part of what it means to human,” that opens the door to the grow from the experience. If we feel like it’s abnormal, this shouldn’t be happening, then we start blaming ourselves.