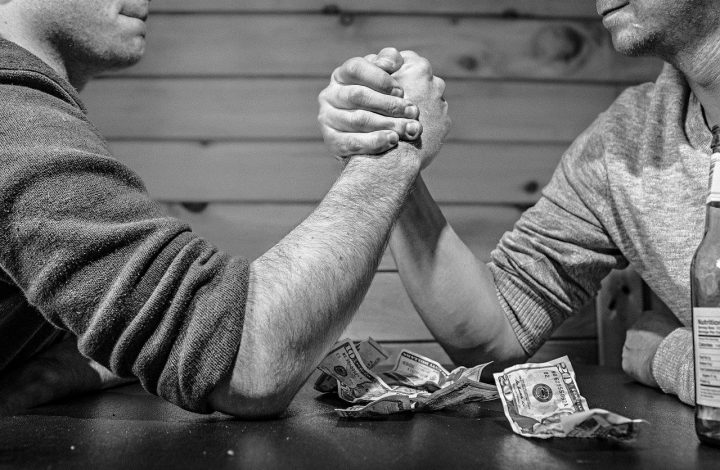 Over the next two decades, the United States will experience an unprecedented shift of demographics and finances that will likely be felt by every American.

Baby Boomers, the generation of people born between 1944 and 1964, are expected to transfer $30 trillion in wealth to younger generations over the next many years. This jaw-dropping amount has led many journalists and financial experts to refer to the gradual event as the “great wealth transfer.”

In no prior time in the history of America has such a vast amount of wealth moved through the hands of generations.

As the baby boomer name suggests, this generation represented a sudden growth in population post World War II. After decades of prosperity and economic growth, this generation amassed significant financial wealth and control roughly 70% of all disposable income, according to a 2015 report by US News & World Report.

So, when this $30 trillion starts to change hands, what will this mean for everyone else?

The answer is complex and will be different depending on who you are and how much of that money is controlled by you, your parents or grandparents. Still, the effects will be far-reaching and will create opportunities for everyone.

Experts are conflicted about where large sums may end up once it’s in the hands of heirs and beneficiaries because it will be largely influenced by the condition of the stock market at that time, as well as what tax and estate laws are on the books. Stocks and bonds may be a solid place to park money in right now but that doesn’t necessarily hold true tomorrow.

Furthermore, as a 2018 study from Bankrate.com suggests, Millennials are less willing to invest money in the market than previous generations. This could signal a larger and long-term shift of wealth out of the market into other areas.

Similarly, for wealth that is concentrated in physical assets, it’s also unclear exactly how things will play out. Homes, land, cars and other things may not naturally follow ownership paths as they historically have.

While nearly 35% of adults between the ages of 18 and 35 live at home with their parents, according to 2017 data, a large number of young adults have moved away from their childhood homes to live in large cities in search of career and lifestyle ambitions. For this group, they may end up tackling the question of whether or not to move back home if they are eventually left real estate or valuable property.

One logical question that often follows the topic of the generational wealth transfer is whether or not inheriting generations and beneficiaries are well suited and educated to handle whatever is passed down.

According to a 2018 study by TIAA Institute, only 11% of Millennials displayed a “relatively high” level of financial literacy, with another 28% of the group conveying a “very low” literacy rate in finances. Gen-Xers don’t fare much better, with industry estimates showing struggles with spending and saving habits among large swaths of this generation.

On the other hand, one perspective and counterpoint that experts often cite when discussing this great transfer of wealth is that not all of the $30 trillion will be passed down through generations.

Much of this wealth will be spent on a wide array of things including vacations, leisure activities, daily expenses, medical bills, and health services. One study conducted by Gransnet.com outlined that approximately 19% of Baby Boomers plan to leave no inheritance to their kids at all.

As you think through how this titanic shift of capital may or may not impact you, consider what additional and non-obvious opportunities it may create for you. Think about all the new career opportunities, investment approaches or entrepreneurial ideas that will result from these macro and micro changes.

While you’re at it, it may be worthwhile to ask grandma if she plans on leaving you anything or if she’s going to go on another vacation.

Image by Ryan McGuire from Pixabay