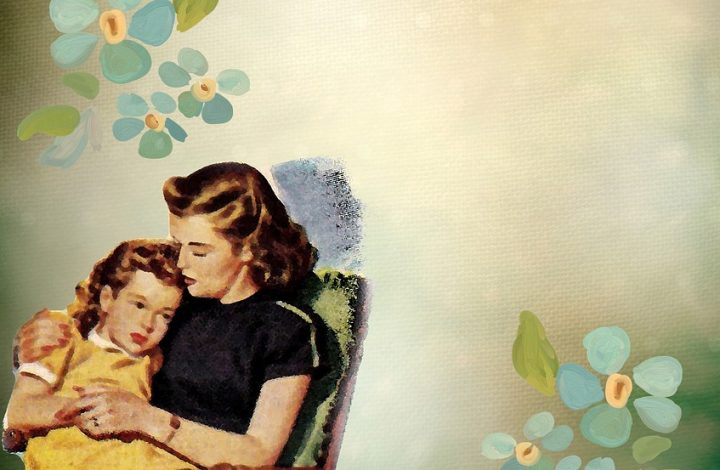 Patriarchy is the social organization of a culture in which men hold more power than women. There is a common misconception that men are the only problem of patriarchy. Many continue to believe that only men perpetuate patriarchal thinking. However, women also perpetuate patriarchal attitudes.
Most of us learn patriarchal thinking in our families and it is usually taught unconsciously by mothers. This can be particularly damaging for daughters and their ability to flourish as empowered women because a mother’s treatment of her daughter gets internalized as her own sense of self. The patriarchal messages daughters receive from their mothers are more insidious and damaging than any of the cultural messages combined. Why? Because they come from the one person the daughter must bond with in order to survive.
The mother wound is a product of patriarchy. On a personal level, it is the mother’s projection of her own unhealed wounds on the daughter. And on the collective level, it’s the dysfunctional coping mechanisms that have resulted from generations of female oppression. Patriarchy distorts dynamics between mothers and daughters that leave both disempowered.
The patriarchal thread that runs through all dysfunctional dynamics between mothers and daughters is the demand for obedience in exchange for love.

The dynamics between mothers and daughters that cause pain all have one similarity. It doesn’t matter whether a mother is neglectful on one end of the spectrum or invasive on the other end; the same patriarchal message is conveyed, which is that compliance is required in order to be accepted. One could say that that is the core message of patriarchy to both men AND women: You will not be loved unless you obey. This message permeates us from all facets of society: education, religions, governments and media.

“We have to highlight the ways women perpetuate and sustain patriarchal culture.”

In order to be fully empowered, actualized and fulfilled, we as women must be disloyal to the patriarch in our mothers and consequently, the patriarch within ourselves.

The impacts of a mother’s patriarchal beliefs are especially devastating to a daughter’s personal development and individuation process. Daughters are more likely than sons to see their mothers as victims of their own un-lived dreams, of lack of opportunity or having been devalued by men. Because of the daughter’s sympathy for mother’s plight, she is more likely to absorb her mother’s pain as her own, creating a toxic enmeshment that directly prevents her ability to flourish in her own life. The more unconscious and severe the mother’s own unhealed wounds are, the more threatened she will feel by her daughter’s separateness and individuality. Thus, the mother/daughter bond may be forged in an environment of pain that keeps both stuck.

The more spacious and loving a woman is towards herself, the more she can offer that to her daughter. A mother cannot give her daughter the support, love, guidance, and empowerment that she herself does not have. If a woman does not have that healthy model of self-love in her mother, she has to seek those models elsewhere.

The patriarchal bind is that women are told that they should be successful but not too successful; sexy but not too sexy; strong but not too strong, etc. Mothers may unintentionally perpetuate this out of an unconscious need to avoid getting triggered by her daughter. If her daughter remains disempowered, small, and always a bit doubtful of herself, then the mother eliminates the possibility that her daughter will trigger the unacknowledged pain within herself that she’d rather ignore.

For an unconscious, deeply wounded mother, a disempowered daughter is the perfect antidote to her misery because she allows the mother to maintain an illusion of personal power without having to do the hard work of self-growth and healing. If the daughter is empowered, flourishing, happy and fulfilled, the wounded mother would more likely be faced with the task of confronting her unhealed pain.

A mother may outwardly display a façade of calm and pleasantness but underneath there may lurk a sense of emotional impoverishment that expresses itself primarily in relation to her daughter who may carry the projection of her disowned wounds. Some common dynamics are the “Queen” mother whose rigid, dominating message is “Don’t displease me!” or the “Waif” mother whose helpless, victim message is “Don’t abandon me!”

A mother may experience her daughter’s empowerment as a betrayal, a personal rejection or a slight. Her unconscious message to the daughter may be “I obeyed the patriarchal mandate to stay small and non-threatening. You have to obey as well! Get back in line!”

An empowered daughter is a stimulus for the unhealed parts of the mother to come forward and be healed within herself. A wounded mother may confuse the pain she feels in her daughter’s presence to be her daughter’s fault and responsibility, not seeing that the pain was there all along and belongs solely to her–the mother. In this way, the daughter is actually giving her mother a gift. Her own light reveals her mother’s shadow and the next step in her healing. If the mother is healthy and open, she can see the gift. But if the mother is unconscious, deeply wounded and stuck, she will probably see it as a reason to lash out at the daughter (covertly or overtly).

You’ll notice that all of the above dynamics have to do with one thing: gaining power and control. The mother who has given her power away will seek it out in other ways. This is true of all of us. When we give our power away, it creates a vacuum and we are compelled to fill it somehow, usually through processing it or projecting it. For a mother, the easiest target of projection is her daughter. It creates a vampiric quality to the relationship: the daughter stays weak and the mother feels strong. However, it benefits neither mother nor daughter.