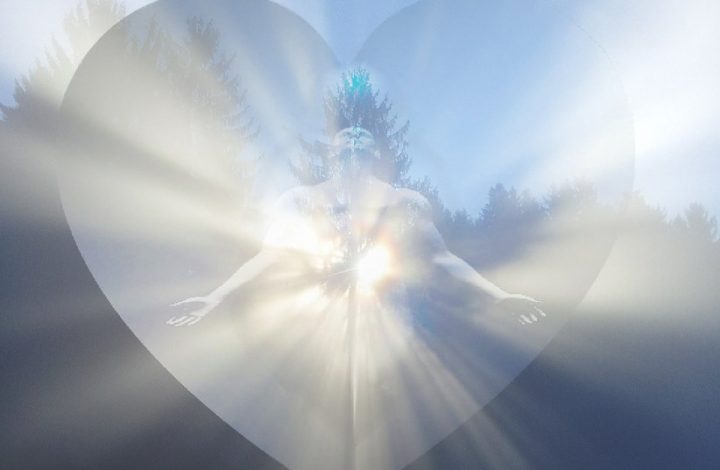 Consider the amazing human heart, the organ that pumps life-giving oxygenated and nutrient-rich blood throughout our bodies on a precise schedule. Now researchers are learning that this marvelous machine, the size of a fist and weighing on average less than 10 ounces, also possess a level of intelligence they are only beginning to understand. Evidence shows the heart also plays a greater role in our mental, emotional and physical processes than previously thought.

“The heart is a sensory organ and acts as a sophisticated information encoding and processing center that enables it to learn, remember, and make independent functional decisions,” HeartMath Institute Director of Research Rollin McCraty wrote in the paper, The Energetic Heart: Bioelectromagnetic Communication Within and Between People.

Scientists at the HeartMath Institute like McCraty have been conducting research over nearly two decades that has shed light on what researchers now characterize as the energetic heart.

Power of the Heart’s Electromagnetic Field

HeartMath studies show this powerful electromagnetic field can be detected and measured several feet away from a person’s body and between two individuals in close proximity.

In the HeartMath study, The Electricity of Touch: Detection and Measurement of Cardiac Energy Exchange Between People, researchers set out to determine whether the heart’s electromagnetic field, as measured by an electrocardiogram (ECG), in one individual could be detected and measured in another person when the pair either were seated within about three feet of each other or held hands.

The results of The Electricity of Touch experiment were positive: The data showed “when people touch or are in proximity, a transference of the electromagnetic energy produced by the heart occurs,” the study’s authors wrote.

They observed that although additional research should be conducted, there were potential important implications raised by this research when viewed in conjunction with the success of numerous healing modalities.

Practices such as therapeutic touch, holoenergetic healing, healing touch, chi gong and reiki among others “are based upon the assumption that an exchange of energy occurs to facilitate healing,” according to the findings. “While there exists scientific evidence to substantiate the physiological and psychological effects of many of these treatments, science has as yet not been able to describe a mechanism by which this putative energy exchange between individuals takes place. This study, together with the work of (other research) … represents one of the first successful attempts to directly measure an exchange of energy between people.”

The Heart and Emotions

The heart’s electromagnetic field contains certain information or coding, which researchers are trying to understand, that is transmitted throughout and outside of the body. One of the most significant findings of HMI’s research related to this field is that intentionally generated positive emotions can change this information/coding.

That discovery raises the question whether the cardioelectromagnetic field information transmitted from an individual who is angry, fearful, depressed or experiencing some other negative emotion, takes on beneficial properties when it is influenced by positive emotions. Also, is the care, compassion, love or other positive emotion not only transmitted throughout an individual’s body as the cardioelectromagnetic field radiates through it, but transferred externally as well to people in close proximity or even, perhaps, over long distances?

Although HeartMath is continuing to study the effects of human electromagnetic fields over large distances, researchers say the answer to the first question, whether self-regulated positive emotions can be beneficial to the individual, is yes.

“Through the use of tools and technologies that foster positive emotions and psychophysiological coherence, individuals can effectively initiate a repatterning process, whereby habitual emotional patterns underlying stress are replaced with new, healthier patterns that establish increased emotional stability, mental acuity, and physiological efficiency as a new familiar baseline or norm,” that was according to the paper Emotional Stress, Positive Emotions, and Psychophysiological Coherence. The paper, written by HMI researchers McCraty and Dana Tomasino comprised a chapter in the 2006 book, Stress in Health and Disease, published by Wiley-VCH.

Although additional research will be required to determine the nature and function of this energy/information the heart sends out, HMI’s researchers have conducted numerous studies on how positive emotions can affect us. Participants in several studies, and indeed thousands of people worldwide who are using the HeartMath System of tools and technology, can attest to a broad range of benefits resulting from intentionally experiencing certain emotions, which HeartMath calls emotion self-regulation.

Assessing the Energetic Heart – Near and Far

In one of HeartMath’s most recent studies, researchers examined whether there is an energy exchange, in this case heart-brain interactions, in one of the most intimate of human relationships.

The Proof of Concept Study: Heart-Brain Synchronization between Mother and Baby “explored the potential to measure energetic heart-brain interactions that may be occurring between a mother and her infant.”

Researchers were able to show that the mother’s brainwaves synchronized to that of her baby’s heartbeat. In this experiment, the baby was laying in the mother’s lap with a blanket placed in between mother and baby. In the summary of their findings, the study’s authors wrote, “This preliminary data elucidates the intriguing finding that the electromagnetic signals generated by the heart have the capacity to affect others around us. … It appears that when the mother placed her attention on the baby that she became more sensitive to the subtle electromagnetic signals generated by the infant’s heart. … These findings have intriguing implications, suggesting that a mother in a psychophysiologically coherent state became more sensitive to the subtle electromagnetic information encoded in the electromagnetic signals of her infant.”

One of the questions being explored by the science-based Global Coherence Initiative, launched in 2008 by the HeartMath Institute, is whether human electromagnetic fields can be influenced over much greater distances.

The GCI, which has an international participants of about 25,000, is utilizing advanced magnetometer sensing technology to observe changes in the earth’s magnetic field by, among other possible effects, mass human emotions.The GCI’s greater purpose is “to unite millions of people worldwide in heart-focused care and intention, to help shift global consciousness from instability and discord to balance, cooperation and enduring peace,” and the HeartMath Institute believes that purpose will be served as scientists gain greater insight into the energetic heart.