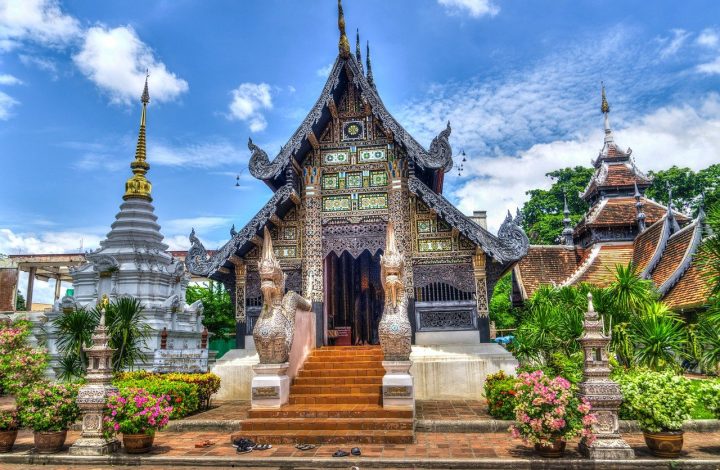 Today we are visiting Thailand, a beautiful country in Southeast Asia.

The Red Lotus Lake is in the North of Thailand. The Lotus flower is a symbol of enlightenment, which means seeing things as they really are. The flower is very special because it grows in muddy water. When it comes out it turns into a very beautiful flower. Sometimes the mud and problems make us stronger and more beautiful.

There are also a lot of jungle animals in Thailand. This is a video of monkeys running in the streets.

This little boy is called Nong Benten. He is eight years old. He is praying to a shrine while dancing to a ‘rain song’. He asked the gods for rain because there were droughts in his area. Two weeks after his dance there was a tropic storm that brought a lot of rain. Every time the people in his area need rain they can ask him to do this again. Now he’s dancing again but softer, so the rain is not too strong next time.

Thailand is known for its temples with lots and lots of Buddhas.

When Buddhists enter a temple they put their hands together and bow to the image of the Buddha. The faces of Buddha statues are usually made to look calm and serene. They often show the Buddha meditating, sitting with his legs crossed and his hands in his lap.

People come here to meditate and talk to God.

The Buddhist religion began when Siddhartha, who’d lived a life of luxury as an Indian Prince, realized there was suffering in the world and wanted to understand why. He dedicated his life to finding the answer and teaching others what he discovered.

~Make your very own Lotus Pond~