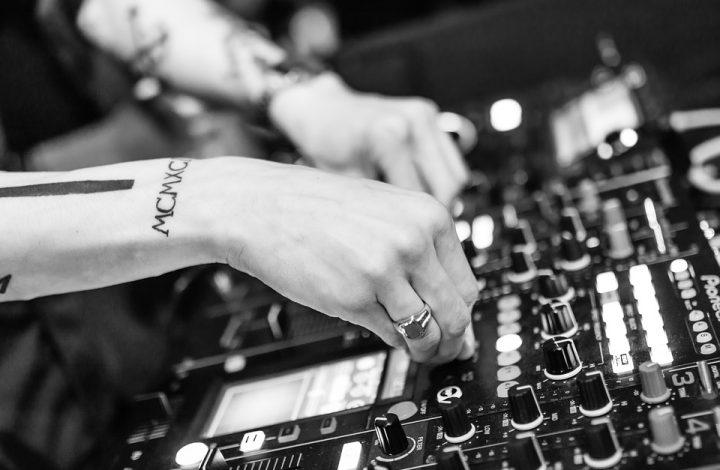 When it comes to technical jobs in audio, women often need to work twice as hard.

Not because they’re less capable. Rather, the boys’ club of audio production often doubts their talent to begin with.

Historically, girls have been denied or discouraged from pursuing technical jobs in STEM fields—science, technology, engineering and mathematics. When they do, they’re often held to a much higher standard and expected to continually prove their worth.

But the tables are now turning. How do we keep changing the imbalance—and give credit where credit is due?

Get to know the women who are doing exceptional work—they exist and they’re killing it across genres. Give credit to the work of women working both in front and behind the scenes in audio production. Treat your females colleagues in the audio industry with respect—create a collegial environment. This will inspire a new generation of girls to enroll in audio engineering programs and make tomorrow’s hits.

Ebony Oshunrinde a.k.a  WondaGurl is a beatmaker and producer from Brampton, Ontario.

A video of Timbaland in the studio inspired nine year old Ebony to teach herself how to produce. After winning Battle of the Beat Makers at 16, she sent a beat to Travis Scott. Next thing she knew, the rapper was calling to let her know her production was going on Jay–Z’s record next record. WonderGurl became one of the youngest women to have production credits on a platinum hip-hop record— Jay-Z’s Magna Carta:Holy Grail.

Since then she hasn’t been resting on her laurels. She’s part of the crew who made Rihanna’s “Bitch Better Have My Money,” one of the Best Tracks of 2015. She produced two Travis Scott records: Rodeo and Birds in the Trap Sing McKnight. She also made SonReal’s “Money Money” and Jahkoy’s “Odd Future.”

Susan Rogers’ first sound engineering gig was with none other than Prince in 1983. After he came back from tour, Rodgers repaired Prince’s tape machine and got his studio up and running. The rest is history. She went on to work on Purple Rain, Around the World in a Day, Sign’O’The Times, The Black Album and others.

Rodgers worked as an engineer, mixer and producer for other artists like the Jacksons, Barenaked Ladies, Laurie Anderson, David Byrne, Violent Femmes and many more.

Recently, she pursued her dream of becoming a scientist. Rodgers got her PhD in music cognition and psychoacoustics from McGill University, exploring the subject of auditory memory. She now teaches at Berklee College of Music, where she runs the Berklee Music Perception and Cognition Laboratory.

Mandy Parnell is a British mastering engineer who gets visits from the Chemical Brothers, Max Richter and Brian Eno when they want to get that finishing touch on their records.

Parnell hasn’t had an easy time getting there. After running away from home at a young age, she lived on the streets for a while. One day, her friend took her to his workplace: Richard Branson’s Oxford studio The Manor. It clicked instantly, she wanted to be behind the console for the rest of her life.

Her credit list is nothing short of impressive: Syro by Aphex Twin, In Colour by Jamie xx, Vulnicura by Björk, Love Streams by Tim Hecker, Metals by Feist, Drums Between the Bells by Brian Eno, Coexist by The xx, and a whole lot more. Parnell runs her own mastering studio called Black Saloon Studios.

Credit: Lacy Atkins for The Tennessean

Shani Gandhi was born in Singapore and raised in Australia. When she found out about sound engineering as a field, it all clicked. “I can take my hobby and my scientific background and put that together” she told The Tennessean. She graduated from the Performance and Sound Recording Technology from Ithaca College.

Over the years, Keyes’ adapted the design of the monitoring system to make sure the band hears exactly what they want.

As a teenager, Keyes was a punk fan who went to lots of shows. It was at a Black Flag show that she met a sound engineer who hooked her up with a gig.

The constant travelling and her passion for sound is what keeps her going. Her takeaway? “Everyone’s had a mentor, a teacher, a guide” she told NPR. Keyes recently co-founded Sound Girls, an organization that helps train and support women in audio production.

German producer Melanie Wilhelm a.k.a. Melbeatz came of age in the Berlin graffiti scene of 80’s and 90’s. Her love for music grew out of listening to Grandmaster Flash mixtapes and crate digging on her trips to the United States. Upon meeting rapper Kool Savas, she started getting the hang of hardware samplers.

Her beats ended up on Shadow, Fuat and Kool Savas’ records—all German rap classics. In 2004, she made the album Rapper’s Delight. It featured a mix of German and American rappers like Mobb Deep, Ol’ Dirty Bastard, and Tha Liks. It also included the track “Oh Oh” where a young Kanye West raps on her beats.

Caines produced tracks for T.I, Wale, B.O.B, and Maino with her production trio The Understudy.

Crystal Caines is now working on her own tracks, putting out records and collaborating with colleagues like Trakgirl and WondaGurl.

Her vision? “I focus on creating the new and not creating the old… I want to move the culture forward by being who I am” she told  HipHopDX.

Marcella Araica is part of the select crew of producers, mixers and engineers that Timbaland works with on the regular.

She’s worked on Missy Elliott, The Notorious B.I.G., the Pussycat Dolls, Nelly Furtado, Britney Spears and so many more.

Acraica studied Audio Engineering in Florida, before interning at the Hit Factory in Miami and working her way up to Assistant Engineer. Meeting Missy Elliott and Timbaland was her big break. Engineer and mixer Demacio ‘Demo’ Castelleon took Araica under his wing and became her mentor.

Araica told Sound on Sound: “Recording is an art in its own right, but mixing is where it’s at for me. When I was an intern I would sneak into the studios when they weren’t used and I’d put up anything I could bring in, and I’d just practise and practise and practise. Then I’d go back to my car and listen and I’d learn from that.” Take note!

Trina Shoemaker is a sound engineer, record producer and mixing engineer with three Grammy Awards already on her resume.

After becoming Daniel Lanois’ apprentice (think U2 and Brian Eno), she got her first Grammy in 1998 for Best Engineered Album on Sheryl Crow’s The Globe Sessions.

From then on, Shoemaker worked very closely with Sheryl Crow, mixing and engineering practically all of her discography.

She also produced and engineered many Queens of the Stone Age records, as well as Shakira, Joe Cocker, Nanci Griffith and countless more.

When it comes to Grammys, Lazar has been paving the way for women in mastering. She was the first female mastering engineer nominated for:

Lazar owns and runs a mastering studio in New York City called The Lodge. She’s worked on more than 2000 albums, with names such as David Bowie, Sonic Youth, Coldplay, Madonna, Lou Reed, Sia and many more.

When she’s not busy making top records sound amazing, she regularly speaks at colleges to inspire more young people, especially women, to pursue a career in the technical side of music.

The Tables Are Turning

It’s pretty obvious that there are tons of women in music who are crushing it on stage. But we hear less about the women doing the technical work behind the scenes.

Changing the male dominated world of audio production and sound engineering starts by highlighting the amazing work that women do in those fields everyday. These women gives examples to look up to for the next generation of girls. It shows them that this can also be you.

The message is clear: women have contributed to this field both in front of and behind the mixing consoles. We want to hear more of them!

Leticia is a DJ and music maker with a love for 303 basslines and hangouts at the library. Content Creator at LANDR.