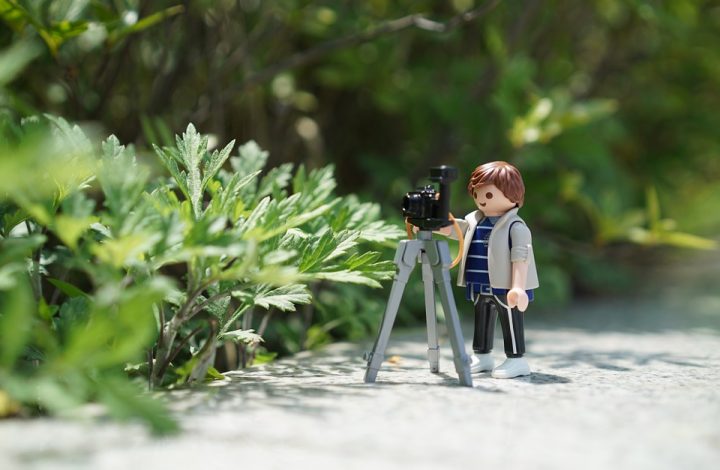 As careers go, Sophie Muller has had an extremely singular one. Over the past three decades, she has been one of the most respected music-video directors in the business, working with an A-list roster of talent that’s enough to make anyone’s head spin — Coldplay, Rihanna, Lana Del Rey, The Strokes, The Killers, Alicia Keys, Shakira, Kings of Leon, Dolly Parton, Beyoncé, Pink, and Radiohead, just to name a few — adding more than 200 videos to her enviable portfolio along the way. She’s also had ongoing artistic relationships with a number of musicians over the years, including the Eurythmics and Annie Lennox (with whom she got her start), Sade, No Doubt, Garbage, Sophie Ellis-Bextor, and the Kills. It was her relationship with the latter that led to a first in Muller’s 30-year career: a 360 VR music video.

When Muller was first approached about the project, which was filmed in collaboration with GoPro on the company’s six-camera Omni rig, she didn’t think too much about it. As it turned out, there were many unexpected challenges on the way. “I said yes without really thinking about it, because I’d worked with the Kills — we’d done five or six videos together — so I know that they’re really nice to work with and they’re really good,” Muller explains. “Then I started talking to GoPro about it, and I realized to my horror that none of the things you can apply filmmaking to could actually be used here. You couldn’t tell people where to look, or for how long, or move to closeup, or anything. You immediately rule out filming in a studio, because you basically see the whole studio. You can’t make any magic that doesn’t exist, because you can’t hide anything. The whole crew would be in it.”

When you’ve made a career out of playing in a medium that’s developing alongside you, however, challenges are always welcome. And, as with any great artist, Muller used these newly imposed restrictions as a source of inspiration and creativity. “I came up with the idea that we had to shoot outside, so I wouldn’t have to light it,” she recalls. “And the green screen — the idea that the green screen not only created a kind of porthole that you could put other stuff in, but also that we could all hide behind it. That’s why I did it — not to be artistic. I actually did it as a kind of place to hide behind.”

With the green screen in place as a barrier, the next step was figuring out what to do with it visually. “We did a little test in a parking lot,” says Sophie. “In the test, I put in the flashing black and white to give the illusion that you could put something in the green that isn’t that usual 3D thing, but something very simplistic, and that basically stayed. It worked well with the track and had a kind of energy that the notion of 360 doesn’t usually have. That’s very hard to do. Then I started playing around with transitions using the green screen, as well.”

From there, this being the director’s first attempt at 360 video, the process of actually filming was, in large part, a matter of experimentation. “The first location we went to was that kind of burnt-out desert, which is actually a ranch that burnt down,” Muller says. “Then we just guessed and tried things like, ‘Okay, put the green screen up. All right, everyone hide behind it and do a take.’ Then we watched it back, and I realized, ‘Oh my God, you’re miles away from the camera. You need to come right at the camera because you’re so tiny in the shot.’ Things like that. I had no idea. You have no idea how it’s going to be compared to a normal lens.”

There was also the matter of figuring out what could and couldn’t be done with the camera itself, which was mounted on a hi-hat tripod during the shoot (see crew image above). “It was just a kind of pole, but it’s on the ground,” says Sophie. “We painted some of it out, but obviously they could pick it up and move it around. The trouble with doing that, however, is that it makes you feel really sick. I thought, ‘Oh, that would be cool. There’s nothing wrong with feeling sick.’ But actually, when you’re watching it in 360, it’s pretty hideous, so I took most of those shots out. I had to make the action work like people coming toward the camera, rather than the camera moving in any way.” When things started to click, though, even the director herself was impressed. “They were stitching it a little bit as we went, and there was one point when they showed me a bit on the 3D headset where I literally gasped, because it was like, ‘Oh my God, that is amazing.’ I actually saw it as we were filming it and that made it feel real, because it was quite exciting when you get certain things happening.”

The challenges didn’t end on set, either. Over the course of her career, Muller has established herself not just as a director, but as one who also edits all her own projects — which meant she had to tackle editing 360 footage for the first time with this one. “It’s incredibly difficult, because you’re editing in a 2D world,” she explains. “It takes forever. It’s horrible, because it’s so slow. The computers can’t really keep up with the amount of imagery. That was really painful, I found, the editing process. I was also editing it on Premiere and I’d never used Premiere before, so I was Avid-ly impaired. But it was good in the end, because I learned a whole new way of working, which was amazing.”

Fortunately, Adobe’s recent release of VR editing tools helped make the process a little smoother. “You’re looking at a 16:9 image of it, but there’s an app, part of the Premiere program, where you can actually put the VR on — a VR window — and you can scroll around while you’re looking at it,” says Muller. “Even so, it’s still not the same as looking at it in a 360 world. You’re looking at everything in 2D.”

That, in turn, meant another fair bit of trial and error in post-production. “I’d do an edit, and then try and transfer it onto a YouTube app, and then watch it again with the headphones. I’d say, ‘Oh, I have to slow it down. It’s too quick.’ Or, ‘That’s boring,’ or, ‘I need to swivel that bit of footage around so that if I’m already looking at that thing, they appear there, rather than the back of my head.’”

“You can’t tell someone where to look,” she elaborates. “You could only do that if you had a voice in your ear saying, ‘Okay, turn around now, there’s a good bit happening behind you.’ I watched quite a lot of other videos in the same way to figure out what I thought worked and what didn’t. I mean, they’re weird. It’s weird. To me, it’s almost nothing like watching a 2D video. It’s like you need to think of it as a completely different sort of thing, because it takes a bit of effort for you to be involved, and that’s good in some ways and bad in others.”

In the end, Muller left her mark on the still-nascent medium not by pushing its boundaries, but by exploring what lays at its core. “It’s a lo-fi world,” she says of her creation. “This is a kind of lo-fi 360. It’s not all CGI and incredibly slick. It’s actually quite rough around the edges. I kind of like that about it, but as I said, I think it’s quite hard to come up with a lot of new ideas to make that interesting. I wouldn’t mind having another go, because I’m interested to know what I come up with after finding a solution for how to hide. That was my main challenge.”