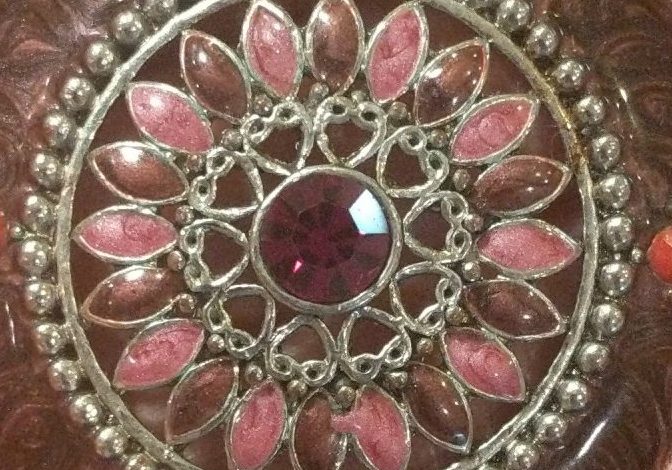 Sonny’s Blues is a short story written by the amazing James Baldwin about two brothers living in the 1940s in Harlem New York. The excerpt here are the last 2 pages of the story where the older brother finally understands his younger brother’s love for Blues. The way he feels the music Sonny is playing is so magical and spiritual that it strikes a cord deep within the soul.

All I know about music is that not many people ever really hear it. And even then, on the rare occasions when something opens within, and the music enters, what we mainly hear, or hear corroborated, are personal, private, vanishing evocations. But the man who creates the music is hearing something else, is dealing with the roar rising from the void and imposing order on it as it hits the air. What is evoked in him, then, is of another order, more terrible because it has no words, and triumphant, too, for that same reason. And his triumph, when he triumphs, is ours. I just watched Sonny’s face. His face was troubled, he was working hard, but he wasn’t with it. And I had the feeling that, in a way, everyone on the bandstand was waiting for him, both waiting for him and pushing him along. But as I began to watch Creole, I realized that it was Creole who held them all back. He had them on a short rein. Up there, keeping the beat with his whole body, wailing on the fiddle, with his eyes half closed, he was listening to everything, but he was listening to Sonny. He was having a dialogue with Sonny. He wanted Sonny to leave the shoreline and strike out for the deep water. He was Sonny’s witness that deep water and drowning were not the same thing-he had been there, and he knew. And he wanted Sonny to know. He was waiting for Sonny to do the things on the keys which would let Creole know that Sonny was in the water. And, while Creole listened, Sonny moved, deep within, exactly like someone in torment. I had never before thought of how awful the relationship must be between the musician and his instrument. He has to fill it, this instrument, with the breath of life, his own. He has to make it do what he wants it to do. And a piano is just a piano. It’s made out of so much wood and wires and little hammers and big ones, and ivory. While there’s only so much you can do with it, the only way to find this out is to try; to try and make it do everything.

And Sonny hadn’t been near a piano for over a year. And he wasn’t on much better terms with his life, not the life that stretched before him now. He and the piano stammered, started one way, got scared, stopped; started another way, panicked, marked time, started again; then seemed to have found a direction, panicked again, got stuck. And the face I saw on Sonny I’d never seen before. Everything had been burned out of it, and, at the same time, things usually hidden were being burned in, by the fire and fury of the battle which was occurring in him up there. Yet, watching Creole’s face as they neared the end of the first set, I had the feeling that something had happened, something I hadn’t heard. Then they finished, there was scattered applause, and then, without an instant’s warning, Creole started into something else, it was almost sardonic, it was “Am I Blue?” And, as though he commanded, Sonny began to play. Something began to happen. And Creole let out the reins. The dry, low, black man said something awful on the drums, Creole answered, and the drums talked back. Then the horn insisted, sweet and high, slightly detached perhaps, and Creole listened, commenting now and then, dry, and driving, beautiful and calm and old. Then they all came together again, and Sonny was part of the family again. I could tell this from his face. He seemed to have found, right there beneath his fingers, a damn brand-new piano. It seemed that he couldn’t get over it. Then, for a while, just being happy with Sonny, they seemed to be agreeing with him that brand-new pianos certainly were a gas. Then Creole stepped forward to remind them that what they were playing was the blues. He hit something in all of them, he hit something in me, myself, and the music tightened and deepened, apprehension began to beat the air. Creole began to tell us what the blues were all about. They were not about anything very new. He and his boys up there were keeping it new, at the risk of ruin, destruction, madness, and death, in order to find new ways to make us listen. For, while the tale of how we suffer, and how we are delighted, and how we may triumph is never new, it always must be heard. There isn’t any other tale to tell, it’s the only light we’ve got in all this darkness. And this tale, according to that face, that body, those strong hands on those strings, has another aspect in every country, and a new depth in every generation. Listen, Creole seemed to be saying, listen. Now these are Sonny’s blues. He made the little black man on the drums know it, and the bright, brown man on the horn. Creole wasn’t trying any longer to get Sonny in the water. He was wishing him Godspeed. Then he stepped back, very slowly, filling the air with the immense suggestion that Sonny speak for himself. Then they all gathered around Sonny and Sonny played. Every now and again one of them seemed to say, amen. Sonny’s fingers filled the air with life, his life. But that life contained so many others. And Sonny went all the way back, he really began with the spare, flat statement of the opening phrase of the song. Then he began to make it his. It was very beautiful because it wasn’t hurried and it was no longer a lament. I seemed to hear with what burning he had made it his, and what burning we had yet to make it ours, how we could cease lamenting. Freedom lurked around us and I understood, at last, that he could help us to be free if we would listen, that he would never be free until we did. Yet, there was no battle in his face now, I heard what he had gone through, and would continue to go through until he came to rest in earth. He had made it his: that long line, of which we knew only Mama and Daddy. And he was giving it back, as everything must be given back, so that, passing through death, it can live forever. I saw my mother’s face again, and felt, for the first time, how the stones of the road she had walked on must have bruised her feet. I saw the moonlit road where my father’s brother died. And it brought something else back to me, and carried me past it, I saw my little girl again and felt Isabel’s tears again, and I felt my own tears begin to rise. And I was yet aware that this was only a moment, that the world waited outside, as hungry as a tiger, and that trouble stretched above us, longer than the sky. Then it was over. Creole and Sonny let out their breath, both soaking wet, and grinning.There was a lot of applause and some of it was real. In the dark, the girl came by and I asked her to take drinks to the bandstand. There was a long pause, while they talked up there in the indigo light and after awhile I saw the girl put a Scotch and milk on top of the piano for Sonny. He didn’t seem to notice it, but just before they started playing again, he sipped from it and looked toward me, and nodded. Then he put it back on top of the piano. For me, then, as they began to play again, it glowed and shook above my brother’s head like the very cup of trembling.