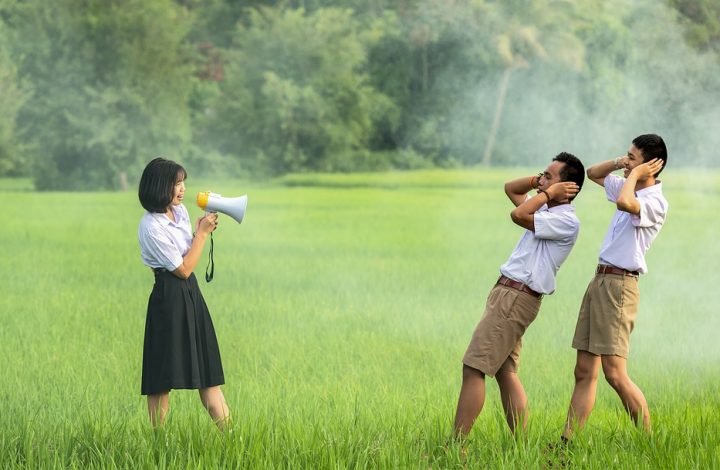 Whether it’s politics in the United States or violent conflict in the Mideast, the roots of the vitriol and intractability begin to grow not from a hatred of the other side, but from a misunderstanding of what’s motivating the other side. According to a new study co-authored by a Boston College neuroscientist, not only does this misunderstanding pose a barrier to solutions, but it can be corrected through financial incentives.

The research involved the participation of almost 3,000 people: Israelis and Palestinians in the Mideast, Republicans and Democrats in the U.S. The study shows each side felt their own group is motivated by love more than hate, but when asked why their rival group is involved in the conflict, pointed to hate as that group’s motivating factor. This idea is called “motive attribution asymmetry,” one group’s belief that their rivals are motivated by emotions opposite to their own. The idea is driven by a group seeing its own members engaged in acts of “love, care, and affiliation” but, as the report points out, “rarely (observing) these actions amongst (opponents) because we only see them during moments of heated conflict.”

“It’s interesting to see that people can be blind to the source of behavior on the other side, that you can go from saying you are motivated by love of your own group and you can’t seem to apply that to reasoning about the other side,” says Liane Young, Ph.D., Assistant Professor of Psychology at Boston College and co-author of the research article, “Motive Attribution Asymmetry For Love vs. Hate Drives Intractable Conflict,” which was just published in Proceedings of the National Academy of Sciences. Young researched this phenomenon with Adam Waytz (lead author) of Northwestern University and Jeremy Ginges of The New School of Social Research.

“What’s interesting to me is there’s so much work on social psychology suggesting we first think about who we are and what motivates us and we tend to apply that other people,” says Dr. Young. “What we’re seeing here is just the opposite where I say one thing for me and instead of extrapolating that it would be the same for you, I say it’s just the opposite for you, that you’re motivated by your hatred of my group. That’s pretty striking to me.

“What we also found was that these attributions tend to also track with other sorts of consequences so if you think that the people on the other side are motivated by their hatred of your group, you also are unwilling to negotiate with that group,” continues Dr. Young. “You tend to think they’re more unreasonable, suggesting that people’s misattributions of other groups may be the cause of intractable conflict.”

Only when a financial reward was presented would a study participant come up with the correct assessment as to what the motivation behind an opponent really was.

“We just simply told people they would get a bonus for getting the answer right so they had to buy into this idea that there was a right answer,” says Dr. Young. “It seems like we can at least move around people’s judgments and that people aren’t so hopelessly lost that they can’t get it right when they are motivated to get it right.”

While the motive attribution asymmetry makes solutions and compromise unattainable, the research paper points out it doesn’t always have to be this way.

“Although people find it difficult to explain their adversaries’ actions in terms of love and affiliation, we suggest that recognizing this attributional bias and how to reduce it can contribute to reducing human conflict on a global scale.”