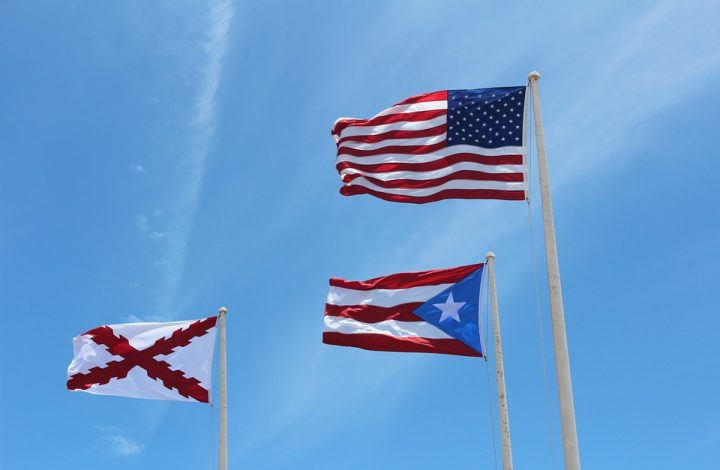 So I just got off the phone with my dad.

Literally five minutes before sitting down to write this.

He and my mom were driving from my parents’ place in the Río Piedras section of San Juan over to my sister’s home right outside of town in Guaynabo.

Her entire house was flooded on Wednesday when the storm hit, and my folks wanted to help with the cleanup.

My dad told me that in and around San Juan there are just trees and telephone poles and power lines down everywhere. Concrete poles just cracked in half and were in pieces along the side of the road. And you know those huge steel towers that link up power lines? Those things came crashing down all over the place. So they’re just knocked over, lying there, with all the lines broken off and going every which way.

He said it looked like a giant bomb went off.

My family members told me they’ve never seen anything like what happened when María came through.

As he was driving, my dad kept telling me about the detours he had to take because a bunch of roads were blocked, or covered with debris, or just completely flooded.

And every few seconds I’d hear this gasp — sometimes it would be him, other times, my mom. Then he’d tell me about some building with half its walls missing. Or a car that was completely under water. Or some other level of destruction that he never thought he’d experience in his lifetime.

My dad’s a strong guy. But I could tell he was impacted by it all.

After a while, it was like he ran out of words to describe what he was seeing. So the longer the call went on, the less he said.

“There’s no way we’re going to have electricity back in four months. That’s not gonna happen.”

I told him that four months is a while. “It’s longer than you think,” is what I said.

He said that a few times to me.

He was just convinced that four months wouldn’t be enough time to get the power back.

Both my dad and my sister told me they’ve never seen anything like what happened when María came through.

Almost everyone I’ve talked to down there is missing a roof at this point.

They don’t know what to do.

What they’ve seen during the past few days — that devastation, and all that damage — it takes a toll on you.

By comparison, my wife, Laura, and I had it easy. We were at our home in Miami watching the storm bear down on TV.

But you know what? That was one of the most agonizing experiences of my entire life.

We were glued to that TV until late into the night, and then, of course, we couldn’t sleep very well, so we woke up early in the morning to watch the news reports and The Weather Channel again.

We felt so powerless.

There were so many parts of the island that were hit hard by this storm, but because San Juan is the largest city in Puerto Rico, a lot of the media attention focused on the capital. And that made it even tougher for me. It’s an area I know well, and close to where I grew up. So as I’m watching the news reports I’m seeing places along the water that I remember from when I was a kid, or restaurants that I go to when I’m back home … and they’re just getting pummeled. No mercy. Just water and wind everywhere.

It was all just really emotional for me. Puerto Rico is my home. It’s a piece of who I am. A big piece.

At one point, Laura turned away from the TV and just looked up at the ceiling, and then she looked over at me with this look of purpose.

“Jorge, we have to do something. This is important.”

Within a few hours we had started the Puerto Rico Hurricane Relief Fund at youcaring.com to raise money to purchase and deliver basic supplies to people whose lives have been torn apart by this hurricane.

Then, as soon as the fundraising site was done, I opened up my phone, went to my contacts list, and started sending messages to people with names starting with the letter A.

I went through every contact I have in that phone, every single one, all the way to Z, asking people to join us in pledging money to help the people of Puerto Rico.

People don’t have power. There’s no water. Homes all over the island are damaged or completely destroyed. Things are bad.

Here’s something I know for a fact, though: We are going to get through this.

The people of Puerto Rico have great hearts, and we know what it means to come through for each other in a time of need, and to fight through adversity. It’s part of our culture. And it’s something I experienced again and again growing up there as a kid.

I know in my heart that we’re going to find a way to come out of this stronger than ever. And my wife and I just want to help out any way we can.

So, we’d like to ask you for a favor.

Please go to the youcaring.com page listed below and help us to provide much-needed supplies to people who could really use them right now. Anything you can give would be much appreciated, and if you’re unable to give, maybe you could just keep Puerto Rico in your prayers over the upcoming days, weeks, and months.

We will make sure that the people of Puerto Rico get the benefits of every dollar raised, and we’ll be providing regular updates — both through youcaring.com and our social media accounts — so that you can see the real impact you are having on people’s lives by donating to this cause.

It would mean so much to me if you could join us in these efforts.

Thank you from the bottom of my heart.

Another great way to donate is United for Puerto Rico, an initiative brought forth by the First lady of Puerto Rico, Beatriz Rosselló in collaboration with the private sector, with the purpose of providing aid and support to those affected in Puerto Rico by the passage of Hurricane Irma and Hurricane María.