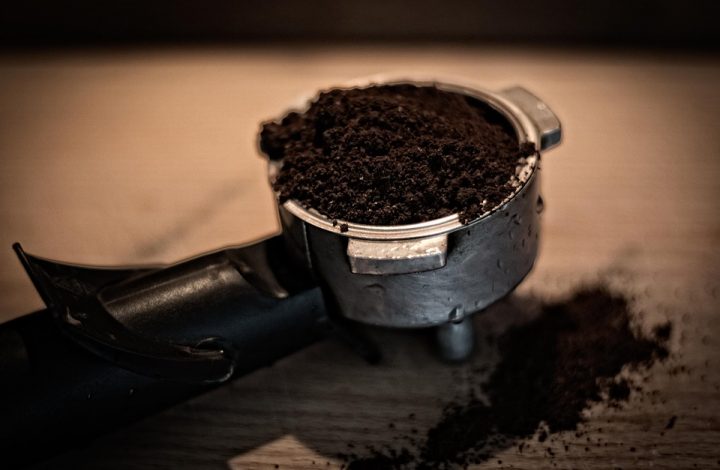 For many of us, coffee is essentially magic.

You buy it, you brew it, you drink it — it never lets you down. You get that nice little caffeine buzz going, and you’re instantly launched into “I can do anything!” mode.

But have you ever thought about where your leftover coffee grounds go when you’re done with them?

Some people compost; others choose the trash. Or, you know, some people find ways to save lives with their grounds.

Students from the University of Toronto are using coffee grounds to create an alternative to firewood for women and children in refugee camps.

Those coffee grounds you had from last week = a burnable log that helps kids? Yes. It’s called Moto.

Moto’s aim is to eliminate women and children from having to leave their campsites to search for firewood in what can be dangerous situations. In refugee camps, women and children are known to walk many miles very early in the morning to find enough flammable materials to cook breakfast. This puts them at high exposure of the risk of rape and sexual attack from local militia and men living near their camps, according to the office of the United Nations High Commissioner for Refugees (UNHCR).

With Moto, they won’t have to travel at all.

“As soon as they’re out of the camp, they’re unsafe and that leaves them open to assault,” Sam Bennett, one of the founders of Moto, told CBC Toronto. “[Moto] prevents the dangers associated with that, but also frees women up to spend time doing other things, whether that’s trying to find another source of revenue or spending time educating their kids.”

So, how exactly do coffee grounds become fuel?

A team of MBA and engineering students from the University of Toronto came up with a simple recipe: They made a burnable log by mixing dried-out coffee grounds, paraffin wax, and sugar and baking it in a loaf pan. That’s it!

According to CBC Toronto, the team is currently getting coffee grounds from three participating coffee chains in the local area. But they’ll be looking for a major partnership when they scale up in size.

Right now, the logs can burn for nearly 90 minutes and can be used for cooking, heating — pretty much anything firewood can do. The team hopes to increase the length of burn time in future versions of the product.

The simplicity of the logs shows promise for its future, and they did that on purpose so the logs eventually can be produced locally.

There’s rampant deforestation in and around refugee camps that we rarely hear about. The UNHCR points to how wood consumption in camps is greatly exceeding what nature is capable of replenishing — and that puts everyone in danger.

With Moto, they won’t have to rely only on wood.

These burnable logs have the potential to decrease waste, help reduce hunger, protect forests, and keep women and kids safer.

They can create less food waste by reusing coffee grounds and help the environment by eliminating the need to cut down trees. The logs reduce hunger because they can be used as fuel for cooking and provide warmth and light in unstable areas. And they open up more opportunities for women and children, empowering them and keeping them safer.

It’s truly a full-circle approach at making the world better — and one that we can all play a role in.

Though they’re not at the level of commercial production yet, the Moto team will compete for the Hult Prize in March 2017, a global competition with a first-place prize of $1 million to continue their social venture and ensure Moto’s presence in sub-Saharan African refugee camps. Good luck to them; they’re onto something big.

How cool is it to think that the coffee you’re already drinking every day could be used to help someone cook dinner for their family on the other side of the world?