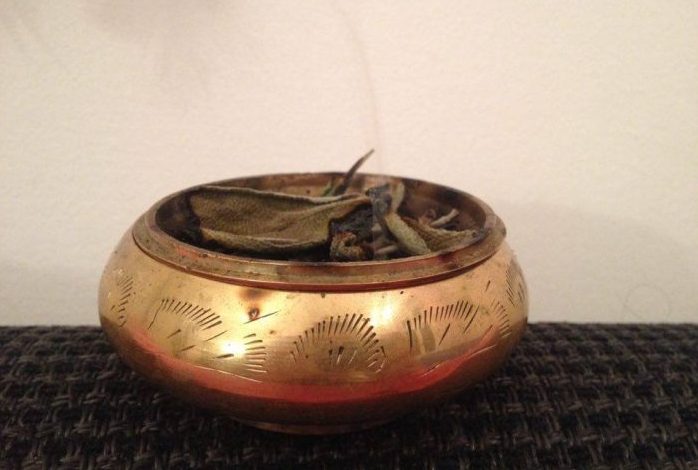 The practice of smudging dates back to prehistoric times, and is still very much in use today worldwide for cleansing everything from dwellings to human spirits. However recent research has shed light on the popularity of this activity, revealing that burning certain plant matter actually clears harmful bacteria.

All Western use of burning herbs and plants for spiritual purposes aside, the activity rests firmly in the sensibilities of ancient cultures in that, historically, smudging was believed to put forth the spirits of various ‘allies’ to provide ease and balance to an individual or group.

In this way, the practice was used to clear spiritual and emotional negativity that has built up in a body or a space.

Of course, there are skeptics who belittle the practice as unscientific and akin to magic.
The practice has a negative association to a form of cultural imperialism, where traditions of dwindling indigenous populations are co-opted by the descendants of those who more-or-less conquered them.

The scientific paper entitled “Medicinal Smokes” and published in the Journal of Ethnopharmacology focuses a scientific lens on the practice, which is becoming more and more widely practiced, despite skepticism.

It serves to play against the role that this activity has played in a culturally diverse range of religions and tribal beliefs.

The research study looked into herbal and non-herbal remedies that were administered by the burning of various matter.

The research included information from 50 countries over 5 continents and found that, predominantly, smoke administered medicinally is mostly used to aid lung, brain and skin function. In addition, it was revealed that passive fumes doubled as a sort of air purifier.

The purpose of the study was to see whether or not these medicinal smoke deliveries could be explored by western medicine, because “The advantages of smoke-based remedies are rapid delivery to the brain, more efficient absorption by the body and lower costs of production.”