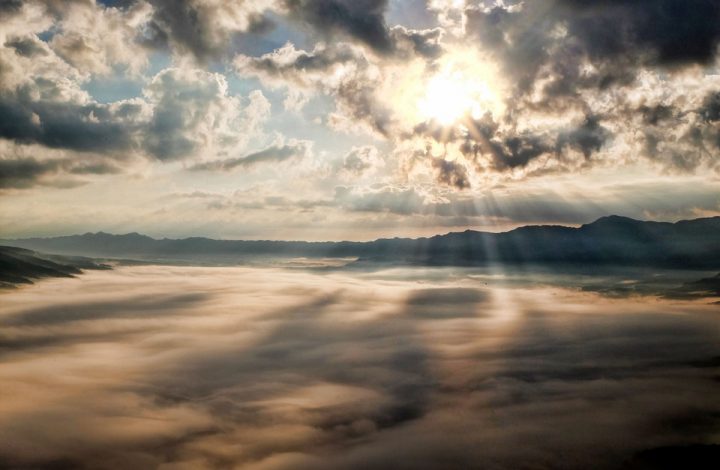 from a newspaper article written in 1927.
On January 16th, Swami Paramahansa Yogananda conducted the Healing Service that has healed so many hundreds throughout the country at various times. The Washington Post for January 17th reported the event as follows:
“More than 5,000 persons, several of them prominent locally, joined in chanting the slow, sonorous ritual of the Scientific Healing Services conducted by Swami Yogananda, Indian teacher, Metaphysician and Psychologist, and founder of several Yogoda centers in this country, last night at the Washington auditorium.

“The slow incantation ended with several prolonged repetitions of ‘I am whole, for Thou art in me,’ the word ‘whole.’ toward the last, prolonged for more than a minute. At the close the Swami slowly left the platform, and the crowd filed out.
“The Swami previously had requested those who were cured to write to him. Later in an interview he explained that he sometimes received more than 100 letters after the healing service. The healing ritual embraced the casting away of ignorance, as well as cures for physical defects and afflictions.

“The Swami explained that the power of the healing was drawn by concentration, devotion and faith of affirmation from the Cosmic Spirit, or God, by himself, and transmitted to the audience on the vehicle of vibrating sound, which he declared caused a chemical change in the body cells, and a new ordinance of the cells of the brain, provided, of course, that the recipient of the vibrating waves …concentrated properly and was imbued with devotion.”
On January 9th, Swami was the guest of honor at a reception given by the National League of American Pen Women. The Washington Evening Star for January 10th reported the event as follows:
“The National League of American Pen Women entertained at one of the largest and most brilliant receptions in its history yesterday afternoon at 4 o’clock in the ‘Garden’ at the Mayflower Hotel, when the spacious room was thronged with representative men and women of Washington, who had been invited to meet the famous East Indian philosopher, Swami Yogananda, who is in the city to deliver a series of lectures.

“The guest of honor stood with Mrs. Ernest Thompson Seton, national president of the league, just in front of the low flight of steps at the right of the room, his colorful saffron robe and long black wavy hair making him a picturesque figure against the background of artistically arranged palms and ferns. He was the center of attraction from the opening of the reception to its close, receiving with Mrs. Seton both before and after his address, which was warmly applauded.
“Many persons prominent in official and residential society were there to meet the Swami.

The following report of a Yogoda healing appeared in the Washington Times for January 19, 1927:
“William J. Duke, 2650 Wisconsin Ave. N.W., Washington, D.C.. a gassed and wounded war veteran, who has been attending the lectures of the East Indian philosopher, Swami Yogananda, at the Auditorium, is among many who report seemingly miraculous improvement.
“Following the lecture of the Swami last night before 3,000 persons, the soldier told of his healing experience. He says he has been able to discard a heavy brace which he has been wearing, and that he feels no pain or discomfort.
“The Swami last night professed the efficacy of both physical and mental cures. He claims to embody in his teachings a method of releasing the psycho-physical currents necessary to healing in the human body.”