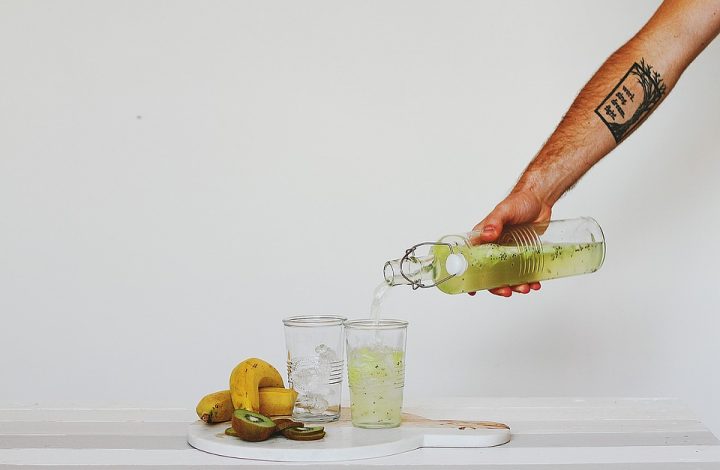 Every morning, Baisa, a forest-dwelling Karbi woman, gets up at 4am to forage for fresh, wild edible plants and insects from the forest. At the market in Diphu (Assam), Baisa is able to sell some of the surplus wild vegetables for about Rs100.

There is an increasing demand for wild foods like Alpinia nigra (locally known as tara) in Diphu, where the stem pith of tara sells for Rs15 to Rs20 for a bundle. It’s profitable to sell tara but many women like Baisa often walk the 10km distance to and from the market to avoid spending money on an auto rickshaw.

Foraging in the forest—eating what grows in the wild instead of food that is planted—might sound strange to many but it is something the Karbis, the indigenous peoples of the Karbi Anglong Autonomous Council in Assam, have done for generations.

About 104 million, or 8.6%, of India’s population are indigenous peoples, also known as the Scheduled Tribes, adivasis or tribal peoples. Each of these 300-plus indigenous communities are heterogeneous,differing in history, language, attire and the landscapes they belong to.

But they are homogenous in the ways in which they are connected to customary forest food practices. Indigenous tribes derive protein and micro-nutrients from forest foods such as insects, spiders, common (not endangered) small birds, animals, fish, ant eggs, fruits, herbs, bamboo shoots, mushrooms and green leafy vegetables.

But these forest foods are becoming increasingly popular around India, thanks to the much-written about trend of consuming “superfoods,” i.e. foods that are high in antioxidants, minerals, vitamins or soluble fibres. And this sudden demand is changing the way of life for forest-dwelling indigenous communities.

Mizoram, which has the highest proportion of indigenous peoples in the country, is home to the Lai community, which belong to the Lai Autonomous Development Council of Mizoram. The Lai live in and around forests in the mountainous areas. Like the Karbis, they have been dependent on wild foods for many generations and traditional knowledge about these food sources is passed orally from one generation to another.

This is how they know which season to harvest wild spiders in, how to predict seasonal climatic variation, or when to leave bamboo shoots for regeneration. They have found ways to distinguish edible mushroomsfrom poisonous ones, eat food that is seasonal, maintain a nutritious diet, and use natural preservation techniques to conserve the flora and fauna of the forest for the future. They are the true pioneers of sustainable living.

“The mainstream people think our adivasi food system is unhealthy,” said Ganpat Mangal, a Thakkar adivasi from Thane district in Maharashtra. “There is a myth that we use mahua flowers only for brewing alcohol. For us, mahua trees are a source of food security.”

Mahua flower lattas (a dish that uses mashed flowers) and rotis (Indian breads) are often eaten as a substitute for rice and are critical during droughts in Maharashtra. And in recent years, mahua laddos, pickles and oil have become highly popular even in the global market, due to the rich fiber content of mahua flowers.

But since wild foods like tara and mahua are collected from the forest for free, indigenous peoples are unsure how to price their food for profit. Instead, they lose time and expend labour collecting them, while also risking the loss of vital food sources in the future.

Superfoods of the future

Many of the superfoods traditionally consumed by forest-dwellers across the world are being pushed into the elite market by the health and wellness food industry. In urban centres, health and diet-conscious consumers are promoting new commercial opportunities for these superfoods.

For instance, hardy crops like quinoa and kanawa are the nutritious foods of the highland Quechua indigenous peoples in Bolivia and Peru. Today, quinoa is available at every metropolitan supermarket in India.

The downside of turning quinoa, teff, and acai berries, all from the Amazon forest, or even moringa (drumstick), into new superfoods is that urban consumers start to compete with indigenous peoples for food resources. Through our demand for superfoods, we are pushing indigenous populations into switching to cheaper, less nutritious, and less flavourful imported staple, such as maize, rice and wheat.

For instance, in central India, the Baigas, among the most marginal of the indigenous communities, use traditional harvesting practices such as hunting, fishing and gathering to feed themselves. Pihiri, Phallus rubicundus, a wild edible mushroom collected from the forest, is used by the Baigas both as food and as medicine to cure various ailments.

Today, pihiri and wild forest foods like it have become fashionable among the urban population. Pihiri sells in cities for Rs25 per bundle and, as a result, some Baigas have begun to collect the mushrooms and sell them to local traders at throwaway prices, or barter them in exchange for soaps and oil.

Poverty, combined with the rapidly growing urban market for forest foods, induces indigenous people to give up a rich source of micro-nutrients and switch to government-subsidised polished white rice, bought from public distribution ration shops. And that’s increasing the health risk among vulnerable adivasis like the Baigas.

Likewise, the rugda, another wild edible mushroom, is much sought after in Ranchi, the capital of Jharkhand. The Munda and the Oraon adivasi women and men forage in the dry, deciduous broadleaf forests during the monsoon to find them.

“Our traditional way to collect rugda and khukhri is sustainable, unlike the outsiders [mainly non-adivasi traders] who destroy the roots of our forest trees,” said Suman Munda, an adivasi woman.

Traditionally indigenous people have been the protectors of nature, co-existing with it. Today, they live in fear of losing their food to outsiders invading the forests.

India’s 2006 Forest Rights Act recognises the rights of forest-dwellers over their traditional lands and resources. But despite this attempt to counter the historical injustice that impoverished and dis-empowered adivasi groups have faced in the 70 years since India’s Independence, the majority of indigenous peoples still lack legal recognition of their traditional forest rights. Deforestation, displacement, and the denial of access to forest resources threaten their food security.

The introduction of oil palm, coffee, tea, and rubber plantations in many regions has rapidly changed the biodiversity of India’s forests. This shift in policy to monoculture plantation-oriented land-use fails to recognise the consequences on those who are dependent on the forest for their diet and quality of life.

Displacement for development, mining, or conservation projects is another threat to sustainable living. For instance, the Baigas of Chhattisgarh, who have traditionally lived in the Achanakmar forest area, fear displacement due to a tiger reserve project. Relocating them from their ancestral land will uproot their traditional lifestyle, forcing them to live in a non-forest landscape, and deny them access to traditional forest foods.

Indigenous peoples have collectively managed forests for years but without legal recognition of their rights to the land and its produce, they increasingly face restrictions when it comes to foraging for food. This has put them at high risk for malnutrition and hunger, diminishing their food security and nutrition heritage.

The preliminary findings of a recent study by this writer, in collaboration with professor Bernd van der Meulen at Wageningen University in the Netherlands, indicates that forest-dwelling communities in tribal India derive about 80% of the nutrition for themselves and their livestock from the forests.

Indigenous peoples do not see food foraged from the forest as a commodity or in terms of its economic market value. The data collected from 22 marginal indigenous communities, which inhabit diverse landscapes all over India, showed that they value this food highly for its health benefits and flavours, as well as its deep-rooted connection with indigenous identity and life.

The unique diversity of customary forest foods, and the traditional knowledge of indigenous peoples, may hold the key to the nutrition security, and the climate of our country. Rather than rampant consumption, what our forests need is protection.