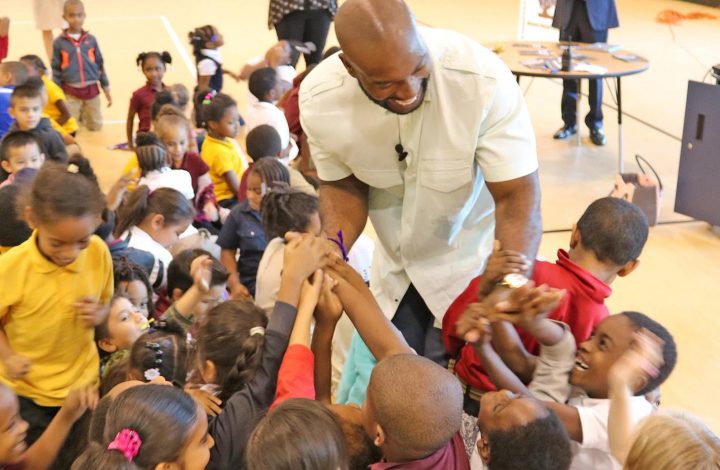 Former Georgia Tech football player, Prince “PJ” Daniels returned to give back to the city where his career started.

The former NFL running back visited the students at Thurgood Marshall Elementary School in Morrow in Clayton County Friday. He donated several copies of the children’s book he wrote, “Danny Yukon & the Secrets of the Amazing Lamp.” The story is about a young boy who overcomes the loss of his father, a U.S. soldier serving in Afghanistan. As a result of the tragedy, Danny becomes mute. It’s not until his uncle gives Danny an amazing lamp and teaches him how to mediate that he learns the key to his powers lie within.

Daniels practiced meditation to help him deal with the loss of his football career. His hope is to teach young readers about mindfulness. “I’m very passionate because mindfulness is the one thing that saved my life. When I retired from the NFL — and what I mean by that is — it put me in the right mind frame,” said Daniels. He was a walk-on for the Yellow Jackets football team during his second year at Georgia Tech in 2003.

Daniels has a number of scheduled events while in Atlanta: