These are the first pictures of a new pre-fab migrant camp that has been built in the heart of an Italian tourist hotspot that is popular with the rich and famous including Hollywood star George Clooney.

And officials in the town have admitted that the camp could remain there for years.
Tucked away on a side street and sandwiched between an empty factory and cemetery in Como, the site is where up to 300 migrants will now call home until they can leave Italy.

Dream destination: Clooney bought his villa in 2001 and celebrated his first anniversary with wife Amal this summer in Lake Como – a far cry from the migrant camp nearby

The 50 pre-fabricated modules being will include living accommodation, showers and bathrooms.
An on site medical centre will also be opened after authorities in Como decided to act following complaints that migrants were ruining the image of the town and neighbouring Lake Como where Brad Pitt, Bono, Matt Damon, Julia Roberts and Jennifer Aniston have been spotted enjoying the surrounds.
The new camp will be in place until the flow of migrants into Como is drastically reduced and either they have left for other countries or granted asylum status, which could take years according to town officials. 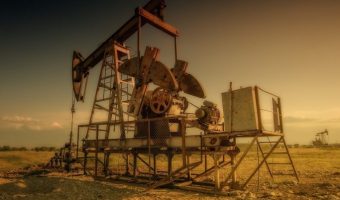