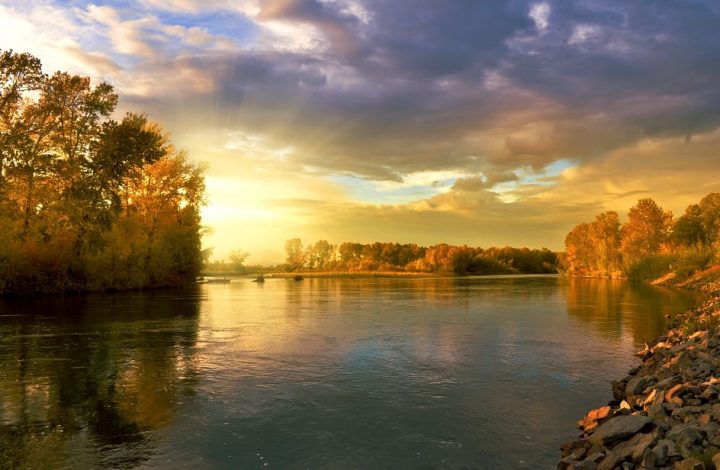 Most of us haven’t quite realized there is something extraordinary happening.

A few months ago, I freed myself from standard-procedure society. I broke the chains of fear that kept me locked up into the system. Since then, I see the world from a different perspective: the one that everything is going through change and that most of us are unaware of that.

Why is the world changing? In this post, I’ll point out the eight reasons that lead me to believe it.

1. No one can stand the employment model any longer.

We are reaching our limits. People working with big corporations can’t stand their jobs. The lack of purpose knocks on your door as if it came from inside you like a yell of despair.

People want out. They want to drop everything. Take a look on how many people are willing to risk entrepreneurship, people leaving on sabbaticals, people with work-related depression, people in burnout.

2. The entrepreneurship model is also changing.

Over the past few years, with the explosion of startups, thousands of entrepreneurs turned their garages into offices to bring their billion-dollar ideas to life. The vortex of entrepreneurship was to find an investor and get funded — to be funded was like winning the World Cup or the Super Bowl.

But what happens after you get funded?

“Isn’t it absurd that we, 7 billion of us living in the same planet, have grown further apart from each other?”

You get back to being an employee. You may have brought in people not sharing your dream, not in agreement with your purpose, and soon it’s all about the money. The financial end becomes the main driver of your business.

People are suffering with it. Excellent startups began to tumble because the money-seeking model is endless.

A new way to endeavor is needed. Good people are doing it already.

3. The rise of collaboration.

Stop, take a step back, and think. Isn’t it absurd that we, 7 billion of us living in the same planet, have grown further apart from each other? What sense does it make to turn your back on the thousands, maybe millions, of people living around you in the same city? Every time it crosses my mind, I feel blue.

Fortunately, things are changing. Sharing, collaborative economy concepts are being implemented, and it points towards a new direction. The direction of collaborating, of sharing, of helping, of togetherness.

This is beautiful to watch. It touches me.

4. We are finally figuring out what the Internet is.

The Internet is an incredibly spectacular thing, and only now — after so many years — we are understanding its power. With the Internet, the world is opened, the barriers fall, the separation ends, the togetherness starts, the collaboration explodes, the help emerges.

Some nations saw true revolutions that used the Internet as the primary catalyst, such as the Arab Spring. Here in Brazil, we are just starting to make a better use out of this amazing tool.

Internet is taking down mass control. The big media groups controlling news by how it suits best what they want the message to be and what they want us to read are no longer the sole owners of information. You go after what you want. You bond to whomever you want. You explore whatever you may want to.

With the advent of the Internet, the small are no longer speechless. There is a voice. The anonymous become acknowledged. The world comes together. And then the system may fall.

5. The fall of exaggerated consumerism.

For too long, we’ve been manipulated to consume as much as we possibly can, to buy every new product launched — the newest car, the latest iPhone, the top brands, lots of clothes, shoes, lots and lots and lots of pretty much anything we could our hands on.

Going against the crowd, many people have understood that this is way off. Lowsumerism, slow life and slow food are a few types of action being taken as we speak, pointing out the contradiction of how absurdly we have come to organize ourselves.

“With the advent of the Internet, the small are no longer speechless. There is a voice. The anonymous become acknowledged. The world comes together. “

We don’t need all of that they told us we needed. And this consciousness of new consumerism can take down any company living on the exaggerated end of it.

We were so crazy we even accepted eating anything! It only needed to taste good, and everything would be alright.

We were so disconnected that companies started to practically poison our food, and we didn’t say anything!

But then some people started waking up, enabling and strengthening healthy and organic eating.

This is only going to get stronger.

But what has this got to do with economy and work? Just about everything, I’d say.

Food production is one of the basic fundamentals of our society. If we change our mindset, our eating habit and our way of consuming, corporations will have to respond and adapt to a new market.

The small farmer is getting back to being relevant to the whole chain of production. People are even growing plants and seeds inside their homes as well.

And that reshapes the whole economy. 7. The awakening of spirituality.

How many friends do you have who practice yoga? What about meditation? Now think back, 10 years ago. How many people did you know by then who practiced these activities?

Spirituality, for too long, was for esoteric folks — those weird-like and mystic people.

But fortunately, this is also changing. We’ve come to the edge of reason and rationality. We were able to realize that, with only our conscious mind, we can’t figure out everything that goes on here. There is something else going on, and I’m sure you want to get hold of that as well.

You want to understand how these things work — how life operates, what happens after death, what is this energy thing people talk about so much, what is quantum physics, how thoughts can be materialized and create our sense of reality, what is coincidence and synchronicity, why meditation works, how it’s possible to cure some ailments using nothing but bare hands, how those alternative therapies not always approved by regular medicine can actually work sometimes.

Companies are providing meditation to their employees. Even schools are teaching the young how to meditate. Think about it.

Who created this teaching model? Who chose the classes you have to take? Who chose the lessons we learn in history classes? Why didn’t they teach us the truth about other ancient civilizations?
Why should kids follow a certain set of rules? Why should they watch everything in silence? Why should they wear a uniform? What about taking a test to prove what you actually learned?

We developed a model that perpetuates and replicates followers of the system, that breed people into ordinary human beings.

Fortunately, a lot of people are working to rethink that though concepts such as un-schooling, hack-schooling and homeschooling.

Maybe you’ve never thought of that and even may be in shock. But it’s happening.

Silently, people are being woken up and are realizing how crazy it is to live in this society.
Look at all these new actions and try to think everything we were taught so far is normal. I don’t think it is.

There is something extraordinary happening.

Gustavo Tanaka  is a Brazilian author and entrepreneur, trying to create with my friends a new model, a new system and maybe helping to create a new economy.